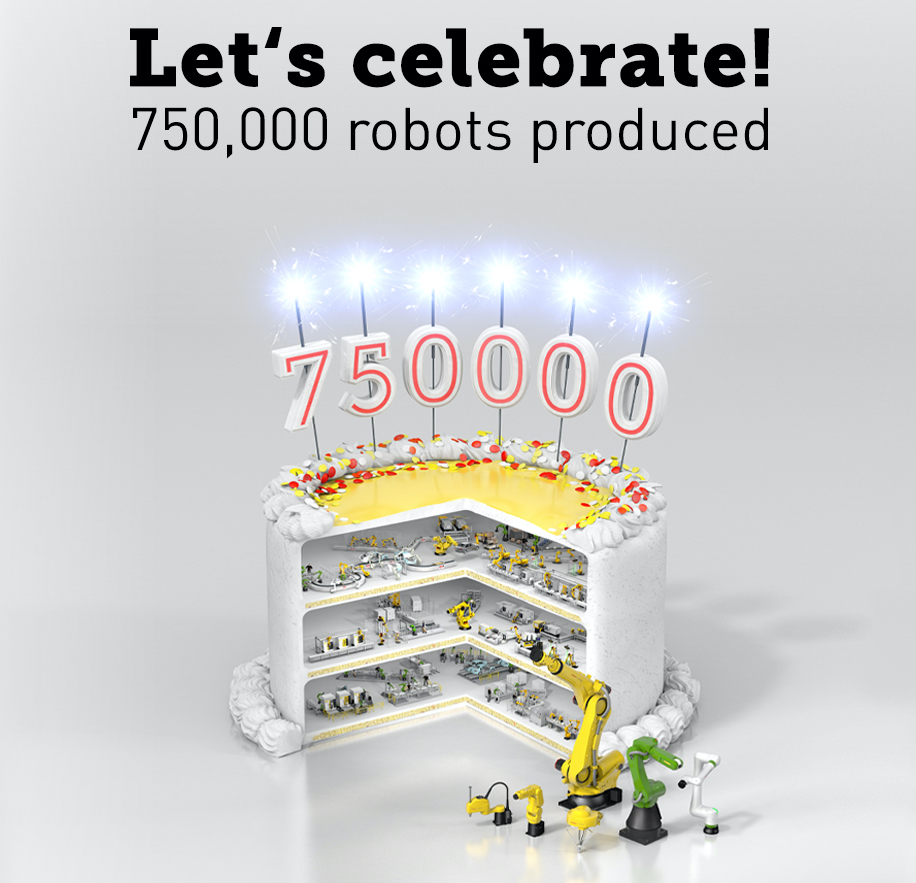 FANUC has completed production of its 750,000th industrial robot.

The CNC, robotics and automation maker is capable of producing 11,000 robots per month in fully automated factories that use its own robots to make robots, controllers and machine tools that offer reliability, precision, speed and easy operation.

“Now more than ever manufacturers are embracing automation and robotics to solve production challenges,” says Mike Cicco, president and CEO, FANUC America, in a statement. “I’d like to thank our customers, authorized system integrators, suppliers and employees for helping us achieve such an impressive and important milestone.”

FANUC’s customer base covers a range of industries including automotive, aerospace, food and beverage, consumer goods, medical and pharmaceutical, warehousing and more.