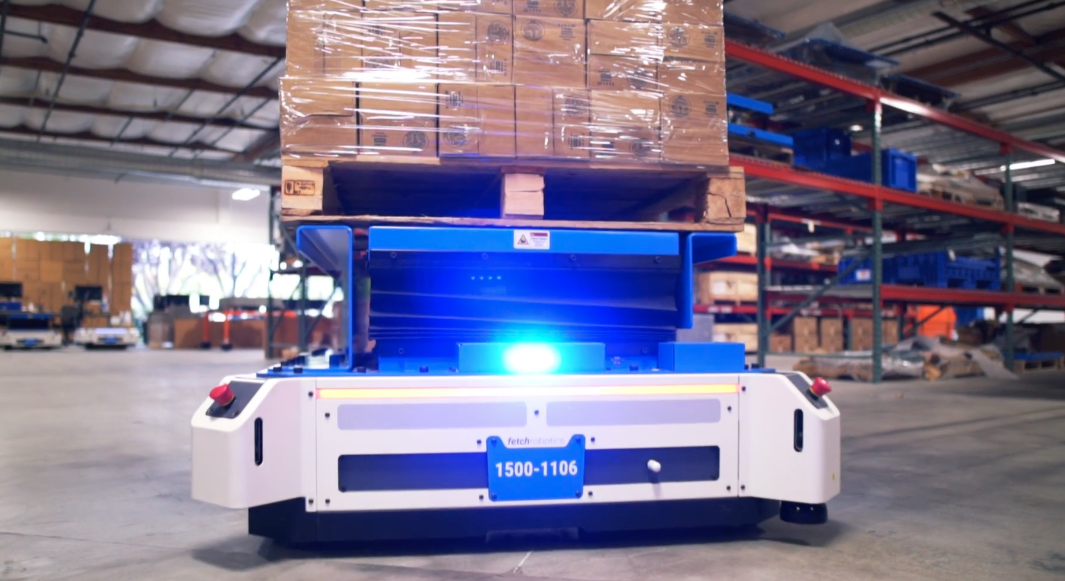 The PalletTransport1500 will use Honeywell Intelligrated’s Momentum warehouse execution system software, known as Momentum WES, to safely move pallets and other large payloads up to 1136 kg (2504 lbs).

The PalletTransport1500 consists of the Fetch Freight1500 AMR with an integrated lift and a pick-up and delivery station, and conforms with the new ANSI/RIA R15.08 standard for autonomous mobile robots.

When combined with Momentum WES, which is designed to address e-commerce fulfillment challenges by orchestrating nearly every aspect of automated warehouse execution, the PalletTransport1500 can manage long-haul material transport without any need for human involvement.