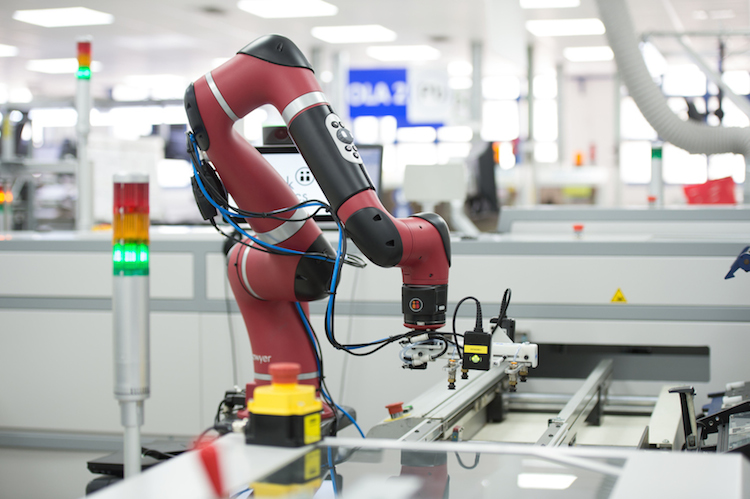 In a press conference held by the International Federation of Robotics (IFR) on Oct. 28, Milton Guerry, IFR president, and Dr. Cristopher Muller, director of statistical department at IFR, shared their insights on the current status of the industrial robotics industry.

IFR represents over 2000 organizations in 25 different countries. These include robot manufacturers, national robot associations, universities and start-ups. According to the data IFR has collected, the annual world turnover for robotics is in excess of $50 billion. Guerry specified that software bots are included within the robotics data as they are not actuated mechanisms. Unmanned aerial vehicles (UAVs), unmanned ground vehicles (UGVs), voice assistants and autonomous cars are also not considered robots by IFR.

Guerry noted that despite 2020 being a challenging year, the robotics industry is supporting everyone’s mission to be more productive and move forward. As per the current statistics, more than three million units plus 10 percent are operating worldwide. The combined annual growth from 2015 to 2020 is 13 percent. To reach this number of over three million, there were over 384,000 robots put into operation in 2020, plus about 0.5 percent. This is the third highest number in history, Guerry noted. The combined annual growth over five years is currently at nine percent.

During the presentation, IFR specifically discussed how the industrial robotics industry has been doing over the past decade. IFR statistics show that annual installations of industrial robots have gone up drastically over the past few years when compared to 2010, 2011 and 2012. This has contributed to the growth of the operational stock. The third highest number ever to be recorded of newly installed industrial robots was in 2020 at 384,000. Muller stated that this came as a surprise as, despite the pandemic crises, robotic installation counts remained high.

IFR data on installations by customer industry showed that for the first time on a global scale, the electronics and electrical industry had the highest installation counts. The numbers went up from 89,000 units in 2019 to 109,000 of total installed units in 2020, a 23 percent increase.

In previous years, the automotive industry had the highest number of robot installations. In fact, the first industrial robot installed was in this industry. However, the latest numbers show that there has been a 22 percent decline in 2020 to 80,000 from 102,000 in 2019.

In terms of the application of industrial robots, material handling is the top category, followed by welding, assembling, cleanroom, dispensing and processing.

IFR has been tracking the growth of collaborative robots (or cobots) specifically as well. Cobots still have a very small market share when compared to traditional robots. It is 5.7 percent of the total number for 2020, with 22,000 units deployed worldwide. In 2019, the total number of cobots deployed was 20,800. The growth rate for cobots was at six percent, which is a little above average compared to all other industrial robots, noted Muller. He added that the share of cobots is growing steadily. Cobots are on their way to becoming a major part of the offering of the robotics industry.

IFR’s data on the 15 largest markets for industrial robot installations show that Asian countries are in the lead. China and Japan are in the top two positions, with the U.S. in the third. The Republic of Korea takes fourth place, followed by Germany. Canada takes 14th position on the list, with 2,600 units installed in 2020.

IFR statistics indicate that the North American countries the United States, Canada and Mexico constitute the second-largest operational stock of industrial robots in the world after China. In this, Canada takes the third position, with about 29,400 units plus three percent, in 2020. The U.S. is in the first position with 310,000 units and Mexico in the second position with 42,600 units plus six percent. Although robot manufacturers are few in North America, there are several important robot system integrators in this region.

Economies around the world are already in recovery mode in 2021. IFR discussed what lay ahead for the robotics market.

According to IFR projections for 2021, it is set to be the most successful year for the robotics industry. The organization expects a 13 percent increase in the annual installation of robots in 2021, with numbers growing at six percent per annum over the next three years until 2024.

In terms of geographic areas, IFR predicts the numbers to go up from 39,000 units to 46,000 units in the Americas, with steady increases in the next three years as well. Guerry said that IFR is projecting the Americas to lead the growth at 18 percent and push the annual growth up to 10 percent over five years. Asia’s growth rate is predicted to be 15 percent and Europe at eight percent. The robotics industry will hit record-highs each year, said Guerry.

Guerry explained that localization and regionalization of supply chains are impacting the robotics market. With robots-as-a-service and pay-as-you-go options, the total cost of ownership of robots is decreasing, helping companies to deploy robots in their factories.

“The industry as a whole has done many things to bring the use of robots deeper into small- to medium-sized enterprises. Things like a batch size of one… A robot is still an effective tool, even if you’re not making high quantity products,” said Guerry.

He added that technological advancements are also contributing to the growth of the robotics industry. “There’s a new range of applications that are bringing us forward, such as cloud computing, 5G networks, machine vision and artificial intelligence. Human-robot collaboration is still in its infancy and has so much potential of bringing robots into factories. Probably one of the most important things on our minds each and every day is sustainability. Robots are crucial for cost-efficient production and green technology,” he explained.

As current trends suggest, the robotics industry will continue to grow. What remains to be seen is what will Canada’s share be in this growth.