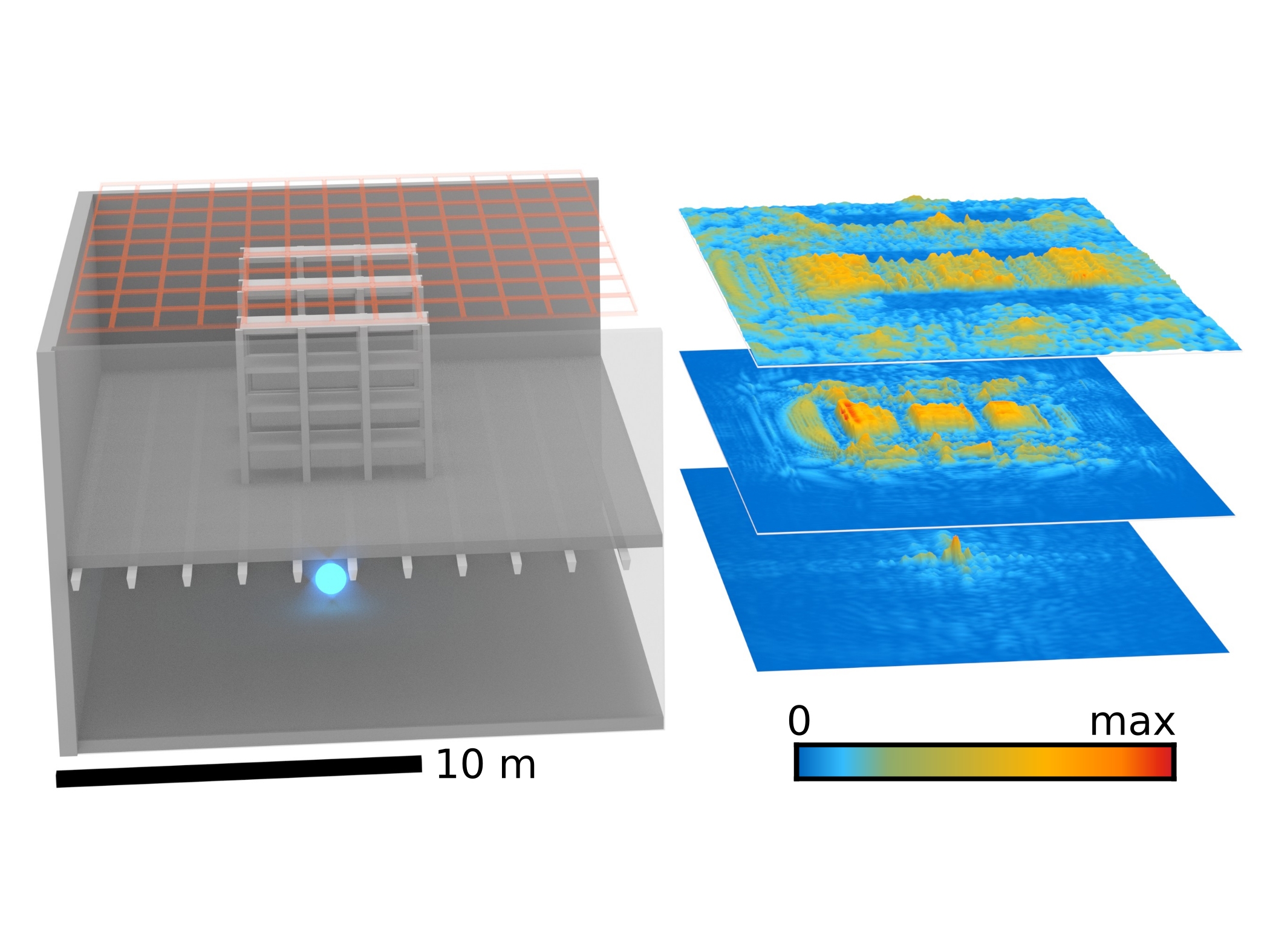 May 4, 2017 – Scientists at the Technical University of Munich (TUM) have developed a holographic imaging process that depicts the radiation of a Wi-Fi transmitter to generate three-dimensional images of the surrounding environment. Industrial facility operators could use this to track objects as they move through the production hall.

Just like peering through a window, holograms project a seemingly three-dimensional image. While optical holograms require elaborate laser technology, generating holograms with the microwave radiation of a Wi-Fi transmitter requires merely one fixed and one movable antenna, as Dr. Friedenmann Reinhard and Philipp Holl report in the current issue of the renowned scientific journal Physical Review Letters.

“Using this technology, we can generate a three-dimensional image of the space around the Wi-Fi transmitter, as if our eyes could see microwave radiation,” said Friedemann Reinhard, director of the Emmy Noether Research Group for Quantum Sensors at the Walter Schottky Institute of the TU Munich. The researchers envision fields of deployment especially in the domain of industry 4.0 — automated industrial facilities, in which localizing parts and devices is often difficult.

Wi-Fi penetrates walls
Processes that allow the localization of microwave radiation, even through walls, or in which changes in a signal pattern signify the presence of a person already exist. The novelty is that an entire space can be imaged via holographic processing of Wi-Fi or cell phone signals.

“Of course, this raises privacy questions. After all, to a certain degree even encrypted signals transmit an image of their surroundings to the outside world,” said the project leader, Friedemann Reinhard. “However, it is rather unlikely that this process will be used for the view into foreign bedrooms in the near future. For that, you would need to go around the building with a large antenna, which would hardly go unnoticed. There are simpler ways available.”

Centimeter-scale precision
Hitherto, generating images from microwave radiation required special-purpose transmitters with large bandwidths. Using holographic data processing, the very small bandwidths of typical household Wi-Fi transmitters operating in the 2.4 and 5 gigahertz bands were sufficient for the researchers. Even Bluetooth and cell phone signals can be used. The wavelengths of these devices correspond to a spatial resolution of a few centimeters.

“Instead of a using a movable antenna, which measures the image point by point, one can use a larger number of antennas to obtain a video-like image frequency,” said Philipp Holl, who executed the experiments. “Future Wi-Fi frequencies, like the proposed 60 gigahertz IEEE 802.11 standard will allow resolutions down to the millimeter range.”

Looking to the future
Well-known optical methods for image processing can also be deployed in Wi-Fi holography: One example is the dark-field methodology used in microscopy, which improves the recognition of weakly diffracting structures. A further process is white-light holography in which the researchers use the remaining small bandwidth of the Wi-Fi transmitter to eliminated noise from scattered radiation.

But the scientists are just at the beginning of the technological development. For example, research on the transparency of specific materials is lacking. This knowledge would facilitate the development of paint or wall paper translucent to microwaves for privacy protection, while transparent materials could be deployed in factory halls to allow parts to be tracked.

The researchers hope that further advancement of the technology may aid in the recovery of victims buried under an avalanche or a collapsed building. While conventional methods only allow point localization of victims, holographic signal processing could provide a spatial representation of destroyed structures, allowing first responders to navigate around heavy objects and use cavities in the rubble to systematically elucidate the easiest approach to quickly reach victims.

The research was funded by the Emmy Noether Program of the German Research Foundation (DFB) and the TUM Junior Fellow Fund.