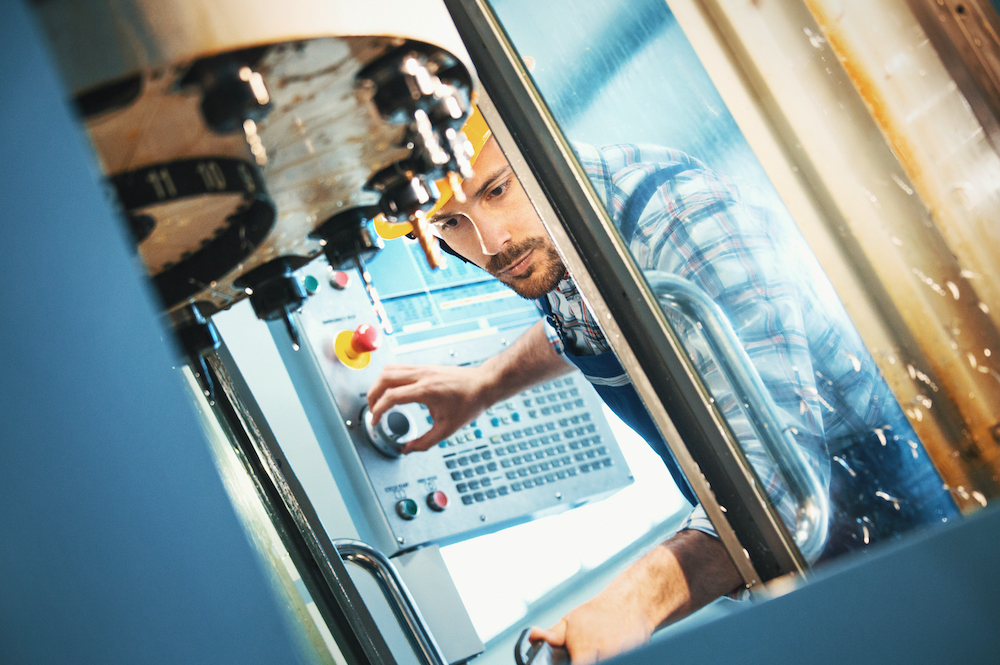 When someone mentions the impact of technology on the modern world, we tend to think of consumer electronics – the new, flashy, high-end devices that we all know and love.

But as dramatic as those devices are, they wouldn’t exist apart from the radical transformation that has taken place in manufacturing over the past few decades.

In this article, we’ll discuss how CNC machines integrate with the push for ever-increasing automation. Neither phenomenon is new; CNC (computer numerical control) technology has been around for decades, while the desire to automate production stretches back at least as far as Henry Ford’s production line.

What is unprecedented is the rapid pace of improvement in both areas. CNC machines have grown far beyond machine tools like lathes – you can now find an array of CNC cutters, machine tools and even 3D printers that operate on the same principles. Automation has grown by leaps and bounds as well, progressing from the simple idea of “being more efficient” to reducing or, in extra cases, replacing human involvement altogether.

The twin engines of transformation: CNC and automation

The resulting transformation in manufacturing has come about as automation has become the standard for manufacturing. Increased automation is largely responsible for the proliferation of those high-end devices. Cars, consumer electronics, and even the machines that make those devices are all produced on assembly lines that increasingly rely on automation to streamline production.

Using computers to direct the tools provides higher levels of precision and accuracy than manual controls, but even more importantly, it provides an element of automation. A program, once created, can be run repeatedly. It can also run without human interference.

In theory, a single human operator could program and then run an entire factory of CNC machines. In practice, human intervention is often still required for loading and unloading workpieces, for quality control and for troubleshooting. Nevertheless, CNC machines are an integral part of the push for ever-greater levels of automation in modern manufacturing.

Once created, a program for a particular part can be run an infinite number of times without variation. Programs can be saved and retrieved when needed.

Parts machined with CNC technology are both highly accurate and highly similar. Since the same program can be used on an entire production run of parts, any part produced by that program should be exactly the same as any other part. This allows manufacturers to structure the entire assembly line while relying on that precision.

Creating a new program for a new part does require some skill, but much of the time and effort involved is focused on the design side. Manufacturers can design a new part using a digital CAD (computer-assisted design) program, then use that program to export a vector file, which itself is used to creating the set of G-code instructions for the CNC machine.

All of that effort is done before any parts are cut. Once the machine has been programmed, operators need only to oversee and troubleshoot the machines.

CNC was originally limited to traditional machine tools such as lathes, mills and routers. But today, CNC is commonly used on a number of machines, from plasma cutters to 3D printers. CNC has thus become a standard feature of advanced manufacturing centres, applicable across the board to a number of machines.

How exactly can you better automate your current CNC machinery? Here are a few practical tips:

Perhaps it’s no surprise that in order to achieve better automation, you first need to train your human operators. Invest in the technical skills crucial to CNC, primarily CAD/CAM design and G-code programming. Given the sheer number of industrial machines that G-code, by training your employees you’ll gain operators for almost any machinery you acquire down the road.

Employee training is only one part of the equation – invest in CNC machinery carefully and wisely. Choose machines from trusted brands with quality support, and look for ways to integrate what you have.

3. Use what you have

Limited automation is already possible, even for small production facilities. Many CNC machines, particularly ones producing larger parts, can run for several hours with no direct human involvement. A well-trained workforce and well-maintained machinery are capable of extending production well past the end of a shift.

At present, CNC is already an integral part of modern manufacturing. As the drive for automation increases, so do the opportunities to apply CNC manufacturing.

3D printers rely on CNC technology – they can be used to create rough parts that can then be finished on a CNC lathe. Advanced robotics can further increase automation by handling the physical process of moving workpieces between machines. AI, although not yet a reality, could someday occupy the troubleshooting or programming roles that currently require human operators.

Both CNC and automation could be used in combination to achieve a true “lights-out” or dark factory – a production facility run without human involvement. While not yet fully realized, CNC technology already allows many parts to be produced with minimal human involvement.

When fully autonomous production arrives, CNC machines will certainly be a large part of it.

Peter Jacobs is the senior director of marketing at CNC Masters. He is actively involved in manufacturing processes and regularly contributes his insights for various blogs in CNC machining, 3D printing, rapid tooling, injection molding, metal casting and manufacturing in general.