Following the March announcement of the COVID-19 pandemic, governments began calling on manufacturers to step outside of their comfort zones to help ease the shortage of medical supplies. Flexible production methods have helped factories rise to the challenge 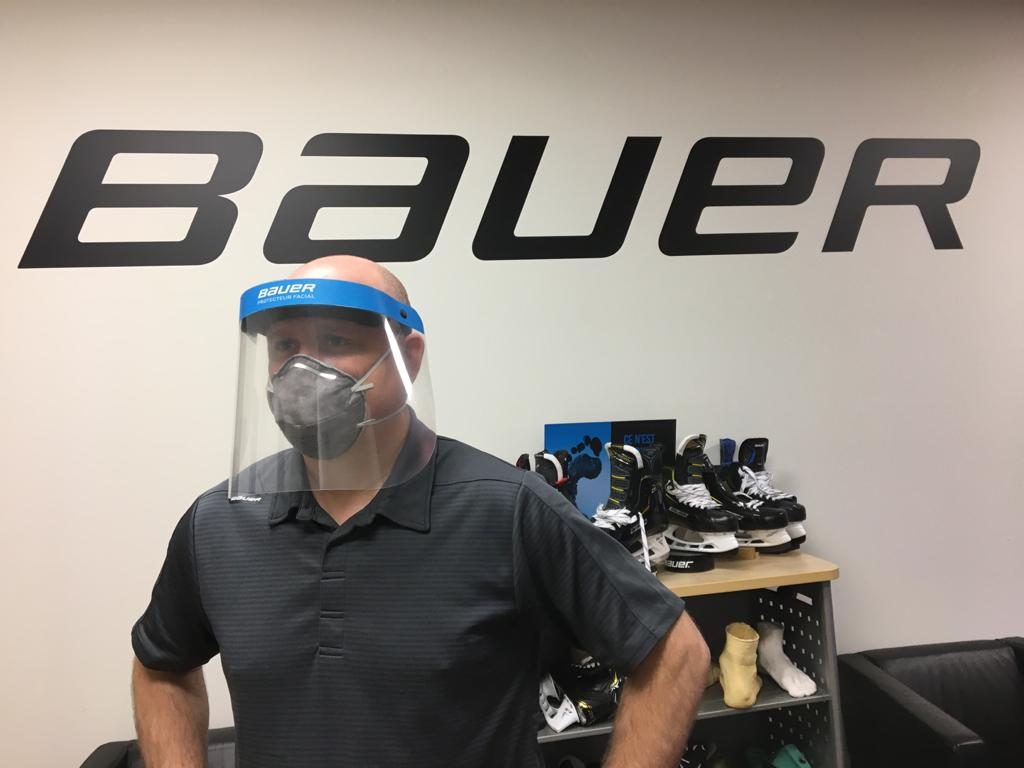 Flexible production and a hardworking team led to Bauer creating a face shield within a week. Photo: Bauer Hockey

Changing lines on the fly is one of the hallmarks of our national sport, so it seems fitting that Montreal-based Bauer Hockey was able to convert an equipment line from hockey to healthcare in just seven days.

The project began when the COVID-19 pandemic forced a nationwide hockey shutdown in March and the company was inspired to take on a new challenge.

“We heard from Prime Minister Trudeau about the need for manufacturers to step up and see what they could do,” says Dan Bourgeois, VP product innovation, Bauer, who runs the hockey R&D department in Montreal as well as the company’s lacrosse division in New York, “and we heard the same thing from the governor in New York.”

Over the following weekend, Bourgeois brought his teams together through a series of conference calls. By Monday, they had a design.

“We asked, ‘what can we do – what is our core expertise?’” says Bourgeois. “We know how to make protective equipment, and we make visors for hockey helmets, so we realized right away that the face shield is something that we’re capable of.”

While the Bauer healthcare shield looks somewhat like its hockey equivalent, the fabrication is completely different. Hockey visors, which are safety-tested using a puck cannon, are injection molded from polycarbonate material, while the COVID-19 face masks are extruded from much lighter and more flexible PET.

“These are two different worlds,” says Bourgeois, “but we know plastics, and we know how to make protective gear.”

The teams worked around the clock to complete all the steps – preparing the working drawings, specifying materials, identifying suppliers, building and adapting equipment, reconfiguring workstations, recalling employees, creating safety standards and training – during the one-week period.

Leveraging resources in the company’s high-tech Innovation Centre in Blainville, Quebec, the teams were able to complete all work, including the 3D printing of parts for new machinery, in house. Experience was also key – Bourgeois notes that he has some 35-year veterans on staff.

Worker safety during the pandemic was a special concern, and the first step was to build protective masks for the workers on the line. As well, the line was converted from a conveyor system to build stations.

Initially, quantity was anybody’s best guess. Bourgeois initially committed to 10,000 units, but that changed when Service de police de la Ville de Montréal (SPVM) ordered 40,000 on the spot. As word got out, the forecast quickly grew to 100,000 and eventually to two million, with requests coming in from around the world.

The company decided to offer the shield at cost, and to make their design available to other manufacturers. Details of the design, including a list of materials and suppliers, are posted on the company website. “We want to share our design and expertise,” says Bourgeois. “This is part of our DNA.”

Bourgeois knew other manufacturers were responding when one of his suppliers told him he was swamped with orders for a particular type of rivet specified for the shields. “Everybody’s looking for that type of rivet now,” says Bourgeois.

Pivoting is the new normal

Advances in flexible manufacturing, spurred on by high-mix product environments and rapid development cycles, have made it easier for Canadian manufacturers to step up.

“One of the things that has impacted manufacturing is the movement to be able to accommodate mass customization,” says Shelley Fellows, chair of the Automate Canada board. “Manufacturers have to be nimble enough to accommodate a great deal of variability. This isn’t about aircraft wings to gummy bears, but flexibility within a range, so that they can be dynamic and responsive and efficient with their resources.”

As an example, Fellows cites the whiskey manufacturer Wiser, which has applied its expertise in alcohol manufacturing to produce a hand sanitizer product.

“They’ve taken something that they know about,” says Fellows. “They know the alcohol industry, and they have the facility to distill and purify and bottle and package and label. They’ve got the automation in place.”

Fellows believes, however, that more should be done to help manufacturers of complex equipment such as ventilators and test equipment, which is subject to lengthy regulation cycles. “What can we do from an automation perspective to help these companies ramp up their capacity rapidly?” says Fellows. “I feel that from an automation perspective, that really is where we can get the fastest benefit.” 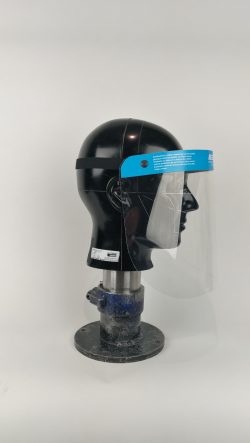 Increasing capacity for manufacturers that are coping with reduced staff has been a major focus for Universal Robotics (UR), and this has been accelerated by the pandemic.

“We’re seeing steady requests from companies making anything medical to help them increase production or bring in a new product line,” says Joe Campbell, senior manager, strategic marketing and application development at UR.

Collaborative robots or cobots, which have been a major focus for UR, are well suited to making quick changes in a manufacturing environment. Cobots avoid the limitation inherent with traditional robotics where processes have to be fenced off from humans, making it necessary to automate an entire process at a time – a changeover that can typically take weeks or months.

In a recent example, UR was approached by a company making test equipment for COVID-19. The company had the capacity it needed on two machine tools but didn’t have the labour to load and unload them. UR was able to ship two robots within five days, and these were up and running in four additional days. “This is one of our sweet spots,” says Campbell.

Another advantage of cobots is that you don’t need to be a robotic programmer to set one up – according to Campbell, anybody who can program a CNC machine can handle the task. “Our programming is in the voice of the user, so it’s very easy for them to understand,” he says.

Labour shortages, however, are a permanent fixture in manufacturing – the COVID-19 pandemic is a warning of how dire circumstances can become. Hopefully, the lessons learned during these difficult times will spur new innovations that will help our manufacturing sector become more agile and use its precious labour force as productively as possible.

“Our philosophy has always been, ‘give us the dull, dirty and dangerous and let your skilled operators do skilled work,’” says Campbell.

This article originally appeared in the May 2020 issue of Manufacturing AUTOMATION.