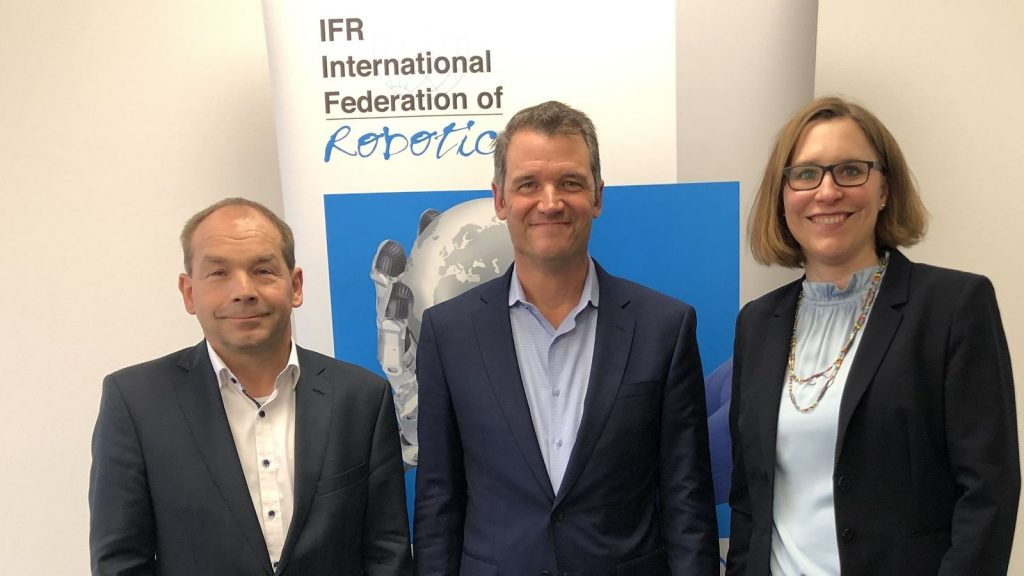 The executive board of the International Federation of Robotics (IFR) has elected Milton Guerry of SCHUNK USA as its president, just months after naming a new president in December 2019.

Steven Wyatt was elected IFR president in December, but is now leaving his position at ABB and stepping down as IFR president. Prior to his latest term, Wyatt served on a two-year term as IFR’s vice-president.

Klaus Koenig of KUKA Robotics has been appointed as IFR’s new vice-president, a role that had been held by Guerry.

“I feel very honored to serve as new IFR president and look forward to a successful collaboration with Klaus Koenig and our IFR members,” says Guerry.

Guerry thanked Wyatt for his many years of successful work for the International Federation of Robotics. “Steven did a wonderful job to support the world of robotics,” Guerry says.

“He inspired the robotics industry and their stakeholders, such as the representatives of national robotics associations from all over the globe, delegates of robot manufacturers and research institutes as well as the media. We will continue his mission to further improve the understanding of the rapidly changing world of robotics and automation.”

Guerry heads the SCHUNK USA team as its president based in Morrisville, North Carolina. He joined SCHUNK in 2000 and has held various leadership roles, assuming his current role as president in 2007.

Guerry is a member of the Robotic Industries Association’s (RIA) board of directors. He began his career in the automotive industry in a number of engineering and technical functions.

Before, Koenig had held various leadership positions in the German automotive industry. During his career he also took on international jobs, with multi-year assignments operating out of Canada and Italy.