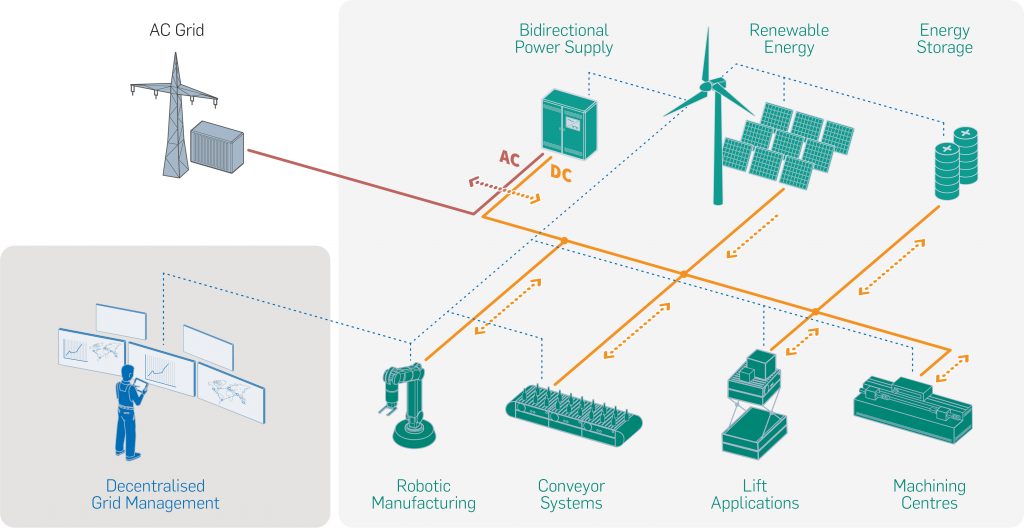 In Hollywood’s depiction of the War of the Currents (The Current Wars, 2017), alternating current (AC) achieves a decisive victory over Edison’s direct current (DC) when the Westinghouse interests win the right to electrify the 1892-93 Chicago World’s Fair. In truth, a more defining moment was the August 1895 start-up of the world’s first large-scale AC generating complex at Niagara Falls, N.Y. Early 20th-century utilities leveraged the AC advantage: the ability to step up power from large generating complexes to very high voltages and transmit it over hundreds of kilometres, then step it down to voltages suitable for running a printing press or toaster. Over time, centralized AC grids supplying power from huge generating sites became ubiquitous, here and abroad.

Of course, direct current never disappeared. It’s powering our smartphones, laptops, smart TVs and LED light strips. Plug-in adapters convert AC to low-voltage DC; we don’t give that a second thought. Anything battery powered is DC-powered. In industry, direct current is preferred for many applications. The speed of DC devices such as servo and stepper motors and brushless motors is directly proportional to the voltage supplied, which makes them the most efficient choice for many jobs.

Now, trends reshaping the global energy sector assure DC a much greater role in industry – from opportunity as much as necessity. With widespread electrification and the eventual retirement of conventional thermal generation capacity, where will the power come from to assure uninterrupted supply at stable rates? Optimists believe solar and wind power, coupled with high-capacity storage, will indeed suffice. They are cost-competitive now, faster and easier to design and build, and are beginning to disrupt our heavily centralized and regulated AC grid architecture. They also generate DC power.

Every time AC is converted to DC at a field-level device, there is a small energy loss. Switching to a plant-wide DC grid eliminates such conversions, reducing consumption by two to four per cent.

For industrial users, DC presents two macro possibilities: 1) to rethink their relationship with external sources of electricity, potentially gaining some autonomy and even pricing leverage, and 2) to convert their internal grids to DC. The potential benefits include material gains in energy efficiency and reduced exposure to surges, blackouts and utility-ordered brownouts. An internal DC grid can be bi-directional, recuperating waste (braking) energy from production systems for additional savings. Recuperated power could be stored and used as backup or peaking power, or turned into a revenue stream. Each facility can be its own microgrid, drawing power from multiples sources, even DC from rooftop solar panels, making that plant independent of or interdependent with its current utility, rather captive to it.

The global beer industry is a notable proponent of supply hybrids. Heineken has a portfolio of 16MW of internal solar – some 12,800 panels – on its installations worldwide. Anheuser-Busch InBev and SABMiller, and Miller Coors boast some on-site solar as do many craft brewers. Amazon, Target, Wal-Mart, Apple, Intel, Macy’s, IKEA – among others – have installed rooftop solar.

Microgrids can be created by companies, communities, campuses, industrial parks, cooperatives, etc. As a learning exercise, Hydro-Quebec and the City of Lac-Megantic have created a microgrid with 2,200 solar panels on six downtown buildings – 800kW of generation capacity, connected to 700 Kwh of battery storage. In a blackout, the microgrid, which has its own control system, can supply 30 downtown buildings with power for several hours. Or surplus power can be sent to the Hydro-Quebec grid. The microgrid also feeds an electric vehicle charging outlet.

Such hybrid sourcing can facilitate a switch to internal DC grids in the manufacturing and process sectors.

Multi-stakeholder research collaborations such as Germany’s DC-Industrie and its follow-on, DC-Industrie2, are describing and testing topologies and infrastructure – hardware and software – for smart in-house DC grids. Standardization of relevant aspects will follow.

DC-Industrie’s focus on the “industrial power supply of the future” is exploring how to connect all of a plant’s electrically powered functions, even offices, to a smart DC grid that is more energy efficient and stable than AC mains, also open, scalable and flexible. 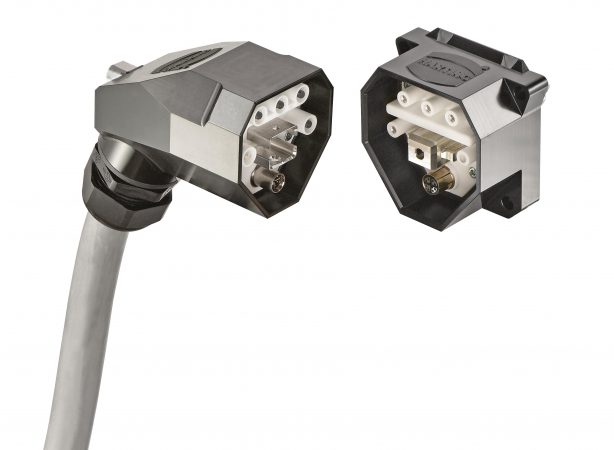 DC Industrie2 continues until 2022, focusing on the benefits for the DC grid, modularity and the spatial extension of the infrastructure throughout entire factories in conventional and Industry 4.0 environments. DC infrastructure is being tested in model plants and distribution centres at the various partners.

Every time AC is converted to DC at a field-level device, there is a small energy loss. Switching to a plant-wide DC grid eliminates such conversions, reducing consumption by two to four per cent. Other gains are in recovery of waste energy, easy integration of external DC sources (including rooftop solar), reducing peak time-of-day usage using stored power and by turning surpluses into revenue streams. An internal energy management system can optimize internal energy usage and juggle multiple external power feeds for best costs.

Waste energy recovery is essentially the same principle as regenerative braking on a car:

Excess kinetic energy is captured when decelerating and stored for use when accelerating. With a DC grid, energy recovery in a plant becomes practical. Take, for example, a large injection moulding machine with electrical-powered drives, spindles, clamps, lifting apparatus, etc. Their waste energy can be recuperated.

DC grid material costs are lower – up to 30 per cent lower for cabling because DC cables need only three conductors and less insulation. Shop-floor components for converting AC to DC or line filtering aren’t needed. (Less expensive inverters can be used for powering legacy AC devices). There are few interference concerns; equipment can be more compact. High power electronics can be mounted closer to a motor, even integrated into it, doing away with expensive shielded motor cables.

Each sector will find its own opportunities to economize. For example, Japanese telecom NTT claimed a 15 per cent power saving at a new data centre by replacing AC-to-DC converters at each server with more efficient centralized inverters. Among the improvements – a DC feed generates less waste heat; servers require less cooling.

Suppliers are developing products for internal DC main grids. The voltage can be slightly higher than the typical 400-600V AC grid – in a range of 650-800V DC. Throughout Harting’s history, the company’s principal focus has been heavy-duty industrial connectors.

With any power connector, there is a risk of sparking if the unit is accidentally (or maliciously) disconnected under load. With AC connectors, passive solutions such as blocking plates or padlocks are used to deter or prevent disengaging under load. With direct current, extra protection is recommended. DC connectors will require active locking – literally an actuator incorporated into the unit for that purpose, says my colleague Norbert Gemmeke, managing director of Harting Electric GmbH. “This can be by an autonomous interlock in the connector, or by the connector’s integration into the control system of the plant or system technology.

“We currently see two possible versions of a future DC interface: They differ in the design of the plug face and in the control system for plugging and unplugging. One version contains contacts for both DC/AC supply plus Ethernet. In the second, contacts are provided for DC/AC power and signals, Ethernet and pneumatics as well as for linking the sensors/actuators to an external control system, either a PLC or a higher-level cloud/IIoT system. Both solutions offer the required level of safety and protection.”

While widespread internal DC deployment by industry won’t happen overnight, the trends energizing it are clear, persistent and accelerating. Businesses are embracing rooftop solar or sourcing DC power externally, creating the basis for their own microgrids. As such, DC for industry ought to be viewed as on-the-horizon rather than over-the-horizon technology.  |  MA