Faced with the threat of closure due to COVID-19, a Toronto-based SME rallied area manufacturers to make face shields – and found a way to save its century-old business 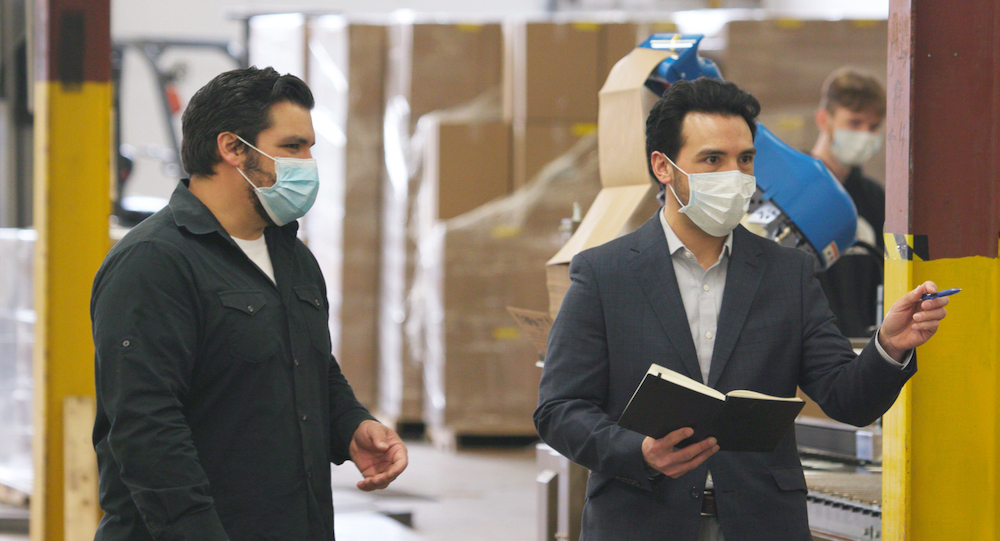 As far as the quintessential COVID-19 Canadian-business story goes, Toronto Stamp is right out of central casting.

It’s unlikely you have heard of the company, but Toronto Stamp has been a small, family-run business since 1907. Based in Toronto, the latest owners are the Williams family – a first- and second-generation Chinese-Canadian team of Rosita Lee and two of her sons, Jimmy and Rich.

The boys grew up in Brampton, Ont., playing hockey and they now help their mother run the business after she bought it four years ago. Many employees have been with the company for over 20 years.

The core business has remained largely unchanged, focusing primarily on manufactured signage, nameplates, tags and various custom products made out of acrylic. Toronto Stamp was also the manufacturer of Ontario’s first license plates.

The company enjoyed nearly 113 years of successful service until February 2020, when the first whispers of a virus called COVID-19 started to circulate around the region.

Soon those whispers became a continuous drumbeat of news streams and conversations. And then quickly there was silence at Toronto Stamp. Orders from long-time customers started to drop off and the phones stopped ringing. Quite literally overnight, the future of the business hung in the balance.

“There was one late night at work when I sat at my desk and couldn’t see a way forward – I didn’t know how to keep the business going,” says Jimmy Williams, general manager at Toronto Stamp. “How do you save and rebuild a business when there is no market, anywhere?” 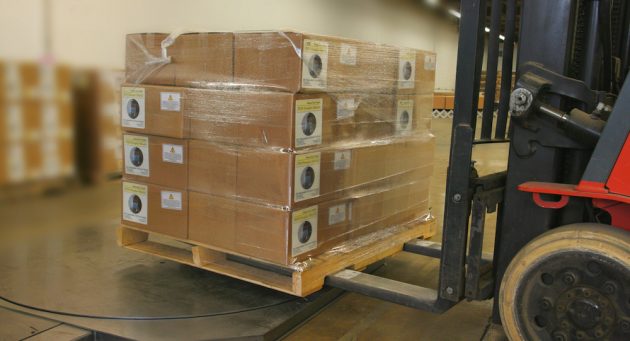 Innovation is a lofty word. It implies very learned people purposely sitting down to “innovate,” as if that were possible with the urgency imposed by COVID-19. But ideas are borne from experience, exposure and, often, necessity. As Toronto Stamp faced a hit from which it seemed the company might not recover, a chance conversation happened.

“I spoke with my friend Dr. James Mather, family physician at Middlesex Clinic,” says Williams. “He was telling me about how he and his colleagues weren’t prepared for what was to come. The doctors and nurses needed personal protective equipment (PPE) quickly. I asked for more details of exactly what that meant and how it might work and felt incredibly motivated to help out.”

From there, Williams called an old hockey friend who knew about masks and mask design.

“It seemed like overnight,” says Dr. Mather. “Jimmy and the team came back with a prototype for a face shield. I couldn’t believe it. We didn’t have access to the equipment yet and here is my old friend who sent me exactly what would work.”

From here, the story moves fast.

It has been widely reported that in the early days of COVID-19, Canada had very little capability or capacity to manufacture PPE domestically.

The country relied on international supply chains, which required manoeuvring through difficult diplomatic hoops to acquire products in demand.

Seizing this opportunity, Williams reached out to dozens of other Ontario-based manufactures to gauge their interest in being part of a project to develop an end-to-end supply chain that would design, test, manufacture and deliver made-in-Canada face shields.

Over 20 companies from across the province jumped on board and many retooled their operations to produce the PPE.

The Toronto Stamp–led network of businesses, called Unitum Consortium, for “united community,” secured a contract with Health Canada to deliver four million face shields in two months. Within weeks, deliveries of PPE for domestic use started to arrive in Ottawa, following the contract that was signed in early April.

The team remained heads down and focused on meeting the order, but there were also a few reminders of the significance of what was being done.

Toronto Stamp had developed a previously non-existent supply chain that would help to protect Canadian frontline workers, and the company was mentioned by Prime Minister Justin Trudeau during three of his daily news conferences.

Toronto Stamp’s network to build an end-to-end supply chain included these businesses from across Ontario:

A need to automate

“Once COVID-19 arrived, the needs of our customers changed, and so did our operations. When we had to deliver a large number of units over a short period of time, it forced us to reevaluate,” says Williams.

“Everything from inventory management to quality assurance was challenging. We were working on multiple spreadsheets, at multiple locations, and it was immediately clear that we needed to automate.”

Now, only a few months later and with the initial order fulfilled, Toronto Stamp is taking the necessary steps to automate each step of its stamp manufacturing process.

Automation, Williams says, will allow for better customer service, new capabilities and the opportunity to co-innovate with clients. “After 113 years, we will finally be able to automate some of our short-run, custom products,” he says.

“We were working on multiple spreadsheets, at multiple locations, and it was immediately clear that we needed to automate.”

“In hindsight, one thing is certain,” Williams continues. “When we found out we won the government contract, we knew we were never going to be successful alone – industry in Canada was going to get this done.”

Getting to this point wasn’t easy. The primary barrier Toronto Stamp faced was that very few understood its true capabilities or potential.

The company had always been recognized within the rubber stamp industry, but it was not consistently at the top of the list when people were looking for solutions to their unique situations outside of Toronto Stamp’s primary product line.

Pivoting to deliver four million face shields demonstrated the company’s ability to come up with viable solutions in difficult scenarios.

Looking to the future, Toronto Stamp is fully invested in offering in-house and vertically integrated automation. The company is currently in a 7,000-square-foot facility and has found a 49,000-square-foot space that will be operating at full steam in a matter of months.

With uncertainty of what is still to come and a possible second wave of COVID-19 on the horizon, Toronto Stamp says it is committed to helping ensure there is a domestic supply chain of PPE to protect Canadians.

The retooling has also opened up new international markets for the company in Europe and Asia – and, perhaps most importantly, it means this small business gets to see its 114th year.

This article originally appeared in the September 2020 issue of Manufacturing AUTOMATION.