Features Communications & Networks
Push to the edge: why do manufacturers need data centres? 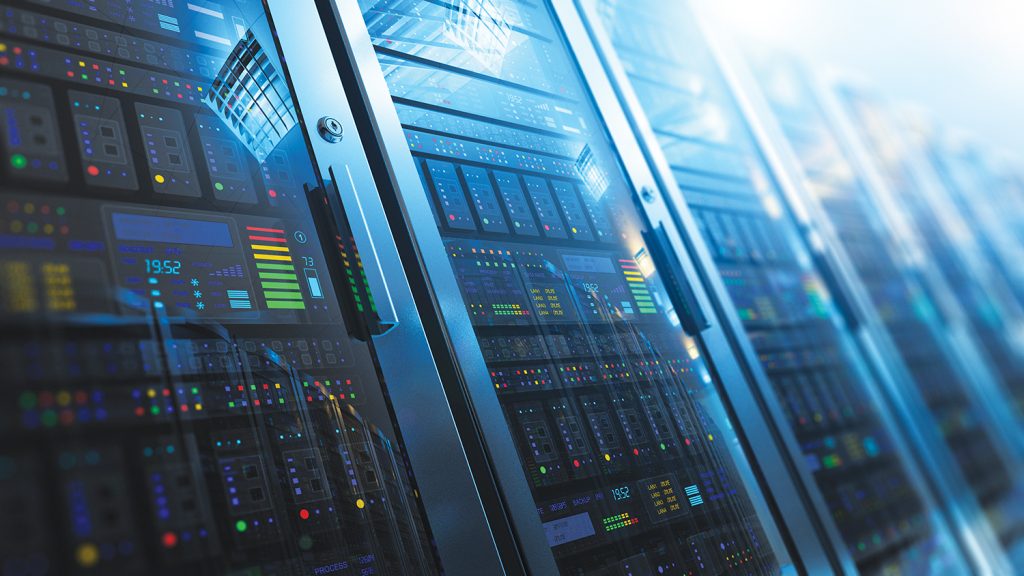 The world will house 175 trillion gigabytes of data by 2025, according to market intelligence firm IDC, and about 30 per cent of that data will need to be processed in real time.

The manufacturing industry is the single biggest producer of enterprise data in the world, with about 48 per cent of the global share.

So what are manufacturers doing with all of that data? Better yet, what should they be doing?

With the Industrial Internet of Things (IIoT), data is collected by endpoints such as sensors, PLCs and actuators that are monitoring machines for real-time data. Once a machine is connected and data begins to accumulate, the data needs to go somewhere to be processed and analyzed.

One way to do that is by edge computing, where the computation of data is taking place close to the source of collection. “Edge” refers to the “edge of a network” (access points such as routers, gateways, switches, etc.) and its size is relative – it might be one cabinet with servers, an entire data centre, or a “regional” edge, explains Frank Panza, director of business development for the secure power division at Schneider Electric. The defining characteristic of an edge solution is that it is either close in proximity to its data source, or to its end users.

“Amazon and Google would view Canada as an ‘edge’ because they are servicing the needs here in Canada, then the data’s being backhauled as required to their mother ships in the States and around the world,” he says. “Their data centre in Toronto or Montreal would be considered ‘edge,’ but it would be a five-, 10- or 20-megawatt edge – very substantial compared to a cabinet, which may be 1,000 watts.”

Edge computing is an ideal way to dive into data analytics because it offers low latency, reduced bandwidth use and data privacy. Large volumes of data can be processed and visualized in real-time because the data doesn’t have to travel far from its source, like it would in a direct-to-cloud scenario. Physical security can be added around the actual edge devices, offering further protection for data.

An edge data centre is much more than server space – it’s an enabler of better business decision making. With edge computing, operators can use data to monitor the performance of assets, including temperature, speed and vibration. As the data is computed and analyzed at the edge, the system may recognize, for example, that temperatures of a part are increasing, meaning the part may be due to fail sooner than expected. Operators can then schedule maintenance before failure.

“With cloud, you get latency issues that – with respect to cloud-based services – depending on your process, you may not be able to live with,” says Tim Rourke, president of Rittal Canada, which manufactures cooling, power supplies and housing for edge data centres. “So you’ve got to put something in place that’s going to be at the actual manufacturing level at the site – potentially even right at the machine level – to be able to calculate and process the large amount of data that’s being generated.”

Cloud computing is still very much an integral part of data analytics because the cloud can collect data from numerous edge sources and process it, performing logic and high-level analysis (e.g. big data). The cloud can also deliver machine learning and artificial intelligence back down to the edge for use in predictive analytics, or to optimize and adjust manufacturing processes. The cloud is also a data warehouse, with storage capabilities that far exceed what may be available locally.

Fog computing acts as a middle ground between the edge and the cloud, where a local network of “fog nodes” can manage transmission of data, distribute and orchestrate resources across networks, perform data analysis and reduction, and control responses.

“You’ve got to put something in place that’s going to be at the actual manufacturing level at the site – potentially even right at the machine level – to be able to calculate and process the large amount of data that’s being generated.”

Many analytics solutions now offer a combination of edge, fog and cloud layers (for more on how the three tiers can be used in practice, read MA’s edge, fog and cloud column by Jonathan Gross of Pemeco). No matter how big or small the solution, incorporating edge computing means that an edge data centre of some sort will be required.

“Manufacturers are increasing their automation and the amount of equipment that they’re trying to monitor, capture data from and control,” says Rourke, who notes that Rittal’s edge data centre business is up over 50 per cent of where it was last year. “They’ve gone from not really having a requirement for an edge data centre to now. And they’re not really certain how to build the infrastructure to support it.”

Components of an edge data centre

An edge data centre can be as small as a single cabinet on the shop floor or as large as multiple cabinets in a dedicated room. Servers and networking equipment are housed in the cabinets. Along with storage, data centres require power and an overarching network. A setup like this can produce considerable heat, so cooling solutions ranging from manual fans for low-density solutions to liquid cooling units for medium- and high-density solutions are required, as is power distribution.

With modern networking, data centres can be placed anywhere. “[It] could be in the middle of your plant floor. It could be in a basement mechanical room that you no longer require,” says Rourke. “We can put solutions in non-traditional spaces.”

Virtually any machine – new or legacy – can be connected via sensors and other endpoints to transmit data to the edge. “As long as the device can be connected to a gateway of some sort, either through a network interface card, or some other type of protocol, we will be able to access and collect the data, and then start doing some analysis of the data,” says Panza. “Connectivity is becoming less and less of an obstacle unless you’re talking about something that’s 30 or 40 years old. And even then, you probably have some way of connecting to a gateway through a physical interface or an Ethernet cable.”

Powering edge solutions for manufacturing requires some specific considerations. An uninterruptible power supply affords power continuity similar to what you might find on your production line equipment – without it, an edge centre would be rendered useless in a blackout or brownout.

Since each data centre is customized to a manufacturer’s specific needs, price ranges vary. A single cabinet with basic cooling and power is around $5,000. Rourke says that depending on density requirements, most manufacturers requiring one or two cabinets are looking at up to $30,000. Prices go up from there depending on the complexity of the application.

Companies such as Schneider Electric, Siemens, ABB and Rockwell Automation help manufacturers to analyze and take action on their collected data. They can also construct protocols around what to do if an alert is triggered.

For a yearly fee, companies like Schneider Electric will send out technicians to service equipment as required – all without the manufacturer needing to get involved. “Analytics alone won’t solve your problem if there’s a technician that needs to be dispatched,” he says. “You need someone that can actually get to the hardware and fix it.”

Whether your operation needs such a service or not, the key to any edge data centre application is having a concrete plan in place for the system architecture and budget.

Building an adaptable, modular solution that can grow as computing needs change will also help to protect your investment. Start by connecting your assets to the internet, then create the edge computing infrastructure and security measures.

Panza says taking the final step to actually analyze data rather than leave it trapped on a device is where manufacturers will see the most return on investment. That may mean moving computing processes to the cloud for the most holistic IIoT framework.

“How you make sense of and how you create value from the unstructured data that’s being generated is one of the evolutions we’re all going to benefit from,” he says.