We chat to the creator of an autonomous mobile cleaning robot used in manufacturing environments. 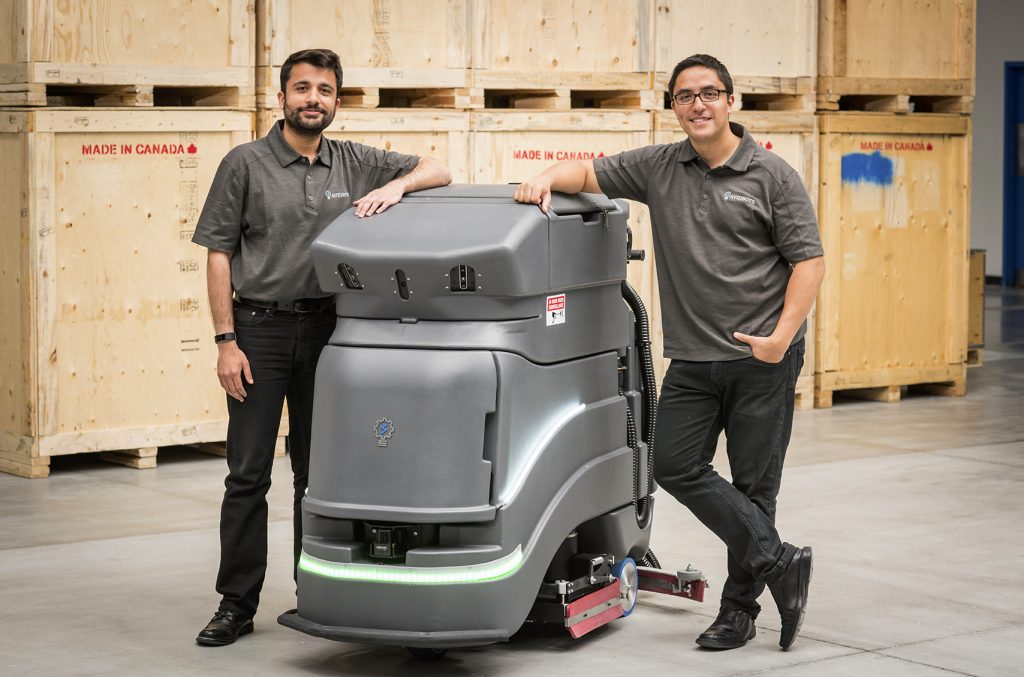 After a brief foray into developing a snow-shovelling robot, University of Waterloo robotics grads Faizan Sheikh and Pablo Molina co-founded Avidbots, a company that manufactures autonomous robots, in 2014. Their first product, Neo, is an autonomous floor-scrubbing robot for use in commercial and industrial spaces, and is installed in facilities in 13 countries.

What went into the making of Neo? We asked Sheikh to find out.

Manufacturing AUTOMATION: How did Avidbots get started?

Faizan Sheikh: When we graduated in 2011, [it was] into a world where there were no robots outside of research labs or cages in factories. We wanted to bring them into everyday life.

We decided we were going to look into the snow removal problem – but that problem only arises in the winter. After a few months of research, we pivoted to the indoor commercial cleaning problem. We wanted to solve a global problem, and a problem that currently has a high cost where automation would make sense.

The first few years were just experimenting with different form factors and understanding which technologies would work and which would not. In 2017, we started selling Avidbots Neo.

MA: You’ve concentrated largely on the commercial space with Neo but you also supply to manufacturers. What challenges does Neo help manufacturers to solve?

FS: In both production and warehouse spaces, [manufacturers] are short on manpower and labour, and what they want their labour to be doing is focusing on the most critical tasks that are associated with getting more throughput out of their facilities. Every time they get into a situation where somebody on their staff has to stop doing their primary job function and has to get behind a cleaning machine and push it around to clean, it’s a giant drop in productivity. 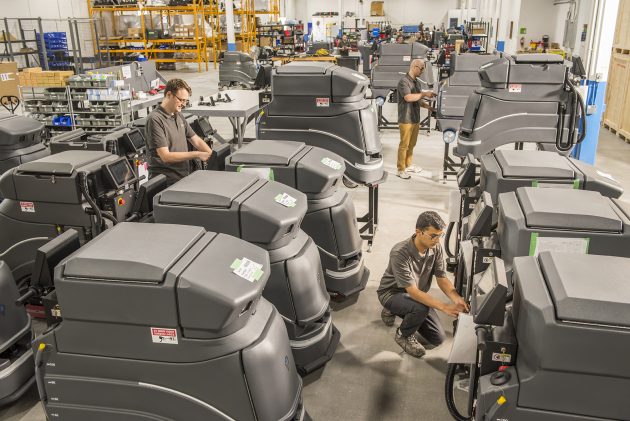 MA: Can you elaborate on what allows Neo to be autonomous?

FS: On day zero, we come in and do mapping, which is when we walk the robot around your facility to teach it what the plant looks like. We send this data up into the cloud and it’s processed into a human-readable map. The customer then gets to give us a lot of feedback about how they would like their cleaning to be done. This is what we call a cleaning plan. Customers are able to come up with almost an infinite number of permutations for cleaning plans based on real operational needs.

The cool thing about Avidbots is that our solution adapts to the massive changes these environments experience. People and product are moving all the time in these facilities, so what we offer is an artificial intelligence solution that is able to adapt to all the changes that are happening and still get all the floors cleaned. So that means if something has been added to the facility, the robot is going to safely avoid it. If something has been removed from the facility, the robot is going to clean the newly opened-up floor space. And it’s going to do that without any human prodding or cleaning or intervention.

MA: What technology does the robot use to learn the space?

FS: The robots have a front-facing lidar as well as a rear-facing lidar – these two lasers give us a 2D view of what the robot sees in the front and the back. Then we have a few 3D cameras in the front, primarily facing the ground. They help us see where the walls are and what the 3D obstacles are that the robot will encounter, such as chairs, tables and workbenches.

Right now, we are using Hokuyo on our robots. But we have the ability to use any 2D lidar. For our cameras, we are using Intel.
All of this data is then uploaded into the cloud for processing. Things such as walls are marked. The walls aren’t going to change for the most part. However, a workbench might move. A pallet will absolutely move. And then once we incorporate the client feedback, we give them a solution where all they have to worry about is taking the robot to the start position where you want it to start cleaning, and press clean on the graphical user interface of the robot.

MA: How is the information then transmitted to the user?

FS: The information that is uploaded to the cloud is very raw. First, it’s processed through fairly advanced robotics algorithms that take all the raw data and make a graphical map – like a blueprint, except this one is from the perspective of the robot.

This map of the facility is then displayed on the Avidbots command centre, which is the cloud component of our Avidbots Neo solution. All customers get access to it, and this is where they provide feedback. They would log in using their account information and they will see a new map is available to give feedback on. Using just their mouse, they will be able to pick the start and end locations, and what kind of cleaning settings they want in different areas. 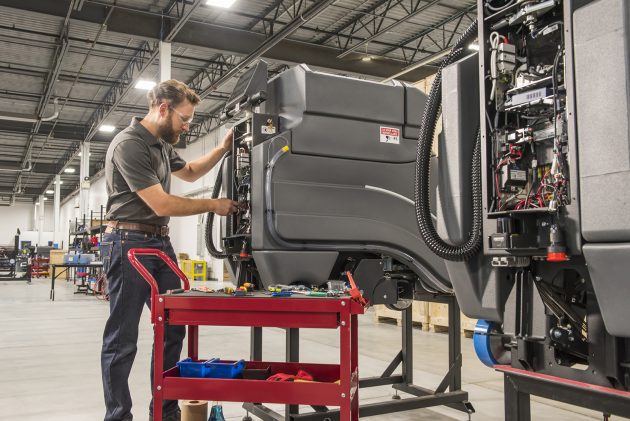 MA: How would you characterize the level of interest about this kind of automated technology among Canadian manufacturers?

FS: Manufacturers in Canada are already looking at robotics technologies for a host of applications. Cleaning just happens to be one of them. Ultimately, the manufacturers in Canada are competing with certain countries where it costs less to produce goods. So they are also looking at ways where they can improve their productivity and competitiveness.

If there’s something where they can get their staff to focus on the most primary function, which is getting more product out the door, rather than pushing a cleaning machine around to clean the floors, they will totally do that. There’s not a lot of education required – they just want to know how it will really clean, is it going to clean well, is it going to be safe, is it going to be able to handle the massive changes they experience on a daily basis with product coming in and out? That’s where they want to see the biggest proof points.

MA: Where do you see the biggest opportunities for growth for Avidbots going forward?

FS: I think manufacturing warehouses and industrial applications are going to be key drivers to our growth. We are working on a lot of really cool stuff – but I can’t share just yet!

This article originally ran in the Fall 2019 edition of Robotics Insider, a quarterly e-book published by Manufacturing AUTOMATION.