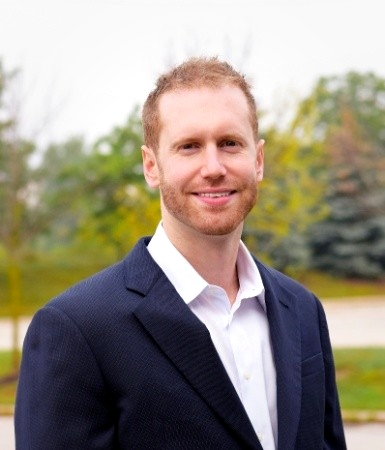 August 20, 2019 – We chat to Rob House, co-chief executive officer of OCTOPUZ (along with Jon House), a Waterloo, Ontario–based developer of offline programming and simulation software for robots, about his company’s solution and the Canadian robotics market.

MA: OCTOPUZ launched in 2013. What gaps in the market led to the decision?

RH: OCTOPUZ actually started inside of a company called In-House Solutions, which provides in-house services and software for the CNC machining industry here in Canada. In-House decided to get into the robotics market as well, and that’s when OCTOPUZ started – as a division of In-House Solutions, and then we quickly expanded and moved out into our own company.

Now we focus solely on offline programming and simulation software for the robotics industry. At In-House Solutions – even going back 30 years ago or so to when it was founded – we’d noticed a trend where there were a lot of CNC machines in the market being programmed manually. Fastforward 30 years, and now it’s very difficult to find CNC machines in the industry that aren’t programmed by some sort of software. We see the same kind of trend happening in robotics – it’s a growing industry, but the majority of those robots are still being programmed manually on a teach pendant. Our vision is that every robot in the industry will be programmed by software to make that [process] as easy as possible moving forward.

We work with a large variety of industries in North America doing a lot of welding applications for fabrication, as well as heavy machinery, trimming, dispensing and painting applications. One of the best things about robotics is you see new things every day.

MA: What are the main benefits of offline programming?

RH: Obviously the ease of use. We focus on trying to make the programming process as easy and user-friendly as possible. So you don’t necessarily need to be a robot expert in order to program your robot. And another main benefit is you don’t have to shut down production in order to program. If your robot is not moving, it’s not making any money. So you can be running production while you’re programming your next four or five parts offline on a computer.

MA: How does the teach pendant method differ from offline programming?

RH: The teach pendant would be considered a manual way of programming – [it] has a wire attached to the robot controller. In order to program the robot, first of all you have to shut down production because you are moving the physical robot. You jog the robot using the teach pendant, and then you record the program point to point. Configuring a quick pick and place application with four, five or six points is not that difficult. If you’re doing a complex trimming or welding application, or even something like full-on machining, or milling of statues and sculptures, you can get into programs that have hundreds, thousands, or even millions of points in the program. This becomes very difficult to program manually, and very time-consuming.

Offline programming is where we essentially take the entire programming process to an offline environment, so onto a computer. We have the virtual model of the physical cell in our software, and we have tools to create a program from scratch inside of our software. It’ll simulate through the entire process – with the robot and any external axes that it might be working with. It’ll check for all of your collisions, singularities, joint limits and reach limits to eliminate any potential robot error, and it will also automatically solve those errors for you. And then you can post the code to the robot.

Each robot brand has its own specific robot language that it needs in order to run. We program every robot in the exact same way in the software. Then it’ll go through what we call a post processor, which turns our generic language and simulation into the robot’s specific language so that you can just load it onto the controller.

One of the things that we continuously develop is not only the ability to export code to robots, but also the ability to import existing programs or native programs from robots back into our software. This has been a really big differentiator for us.

MA: You just released version 2.1 of the software. What’s new?

RH: OCTOPUZ 2.1 was a very big release for us. The flagship feature is called PathFinder. It’s a suite of tools to make the programming and error identification solving much more automated. We first have a PathAnalyzer tool, which will quickly and automatically check your entire program without simulating. And it’ll give you a report saying you have 50,000 points in this program, this many are in singularity, this many are joints and this many are collisions.

And then there’s a solve option, PathSolver, which will automatically solve all of those errors for you without any intervention. It’s like a safety check, so you actually feel safe to be putting code onto the robot and running that job. Everybody wants that easy button, where you essentially click and solve your queries. That’s essentially what this is for many of the paths that we work with. 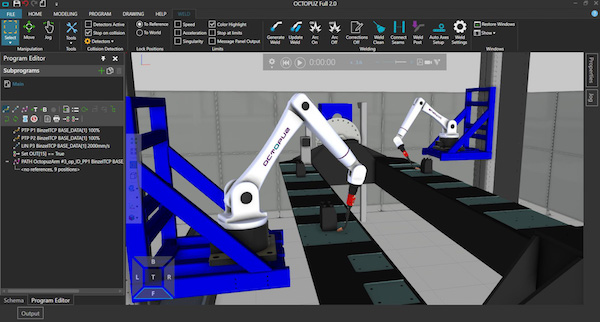 MA: Why is being located in Canada’s Silicon Valley important to you?

RH: The majority of our user base is all over North America, but we have resellers that sell support and distribute our product worldwide. Our heaviest user base is actually in the U.S. It’s a very big market for us. The reason we’re located in Waterloo is because it’s a very high-tech area. We have some fantastic engineering schools and business schools all within a 20-minute drive of where we’re located. And there are a lot of high-tech companies in this area, and even technical incubators that have helped the high-tech industry grow here. We’re a part of that network, which really helps when we’re onboarding new employees or looking to hire, or recruiting.

MA: Where do you see your opportunities for growth in North America?

RH: Offline programming is definitely a growing industry. Even though robotics has been around for likely 20 years or even longer than that, it’s still on the up curve. As the industry grows, so does the technology. So it’s very important for us to keep up with the technology.

One of the difficulties for people using robots right now is talent acquisition. They’re having difficulty finding those robot engineers and welders to run programs. That’s where we come in. You don’t necessarily have to be a robot engineer in order to program a robot using software. That’s been a huge market for us.

And then, of course, looking at different applications that are up-and-coming, like additive manufacturing. And we have virtual reality (VR) support in our software, so we’re always making sure that we keep up with the new VR technologies that are being released.

MA: Is there an interest among your client base for things like VR? Or is that something that industry talks more about?

RH: VR has been a big feature for our integrator partners and customer base. Part of the process for integrators is simulating – we call it prototyping and de-risking a system while they are building it – and it’s much less expensive to do that virtually, which we do. And when you want to show the finished system to a client to get that final sign-off, one of the more popular ways to do it now is using VR. So they can actually go into the VR environment, see it full size, and see the simulation that they are going to be purchasing running their parts.

RH: I would say change management. A lot of companies – especially those who have been using robots for quite a while – have also been programming manually for quite a while. And it works, but it’s not the most efficient. Adopting something like offline programming, you see a return on investment very quickly. But you need to be willing to change. It’s very important for the robot programmer who has been doing that job for 10 years to buy in and see the benefits of actually using a software to program.