Features Robotics
Seven new advancements in robotics to watch in 2019 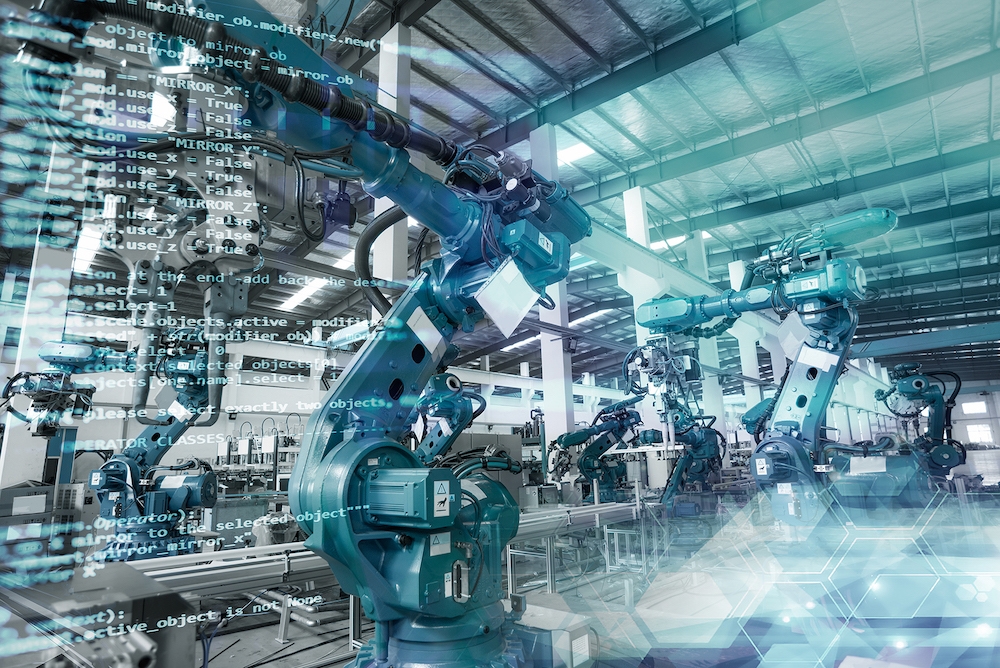 January 8, 2019 – The science of robotics and automation has come a long way since Asimov’s laws, not least in coming to encompass a far wider range of devices than Asimov ever imagined. Now robots take forms ranging from industrial arms, military drones or Boston Dynamics’ “Big Dog,” through to DNA and protein robots designed to aid in surgery and medical applications.

Here are seven advancements in the robotics industry to keep an eye on in 2019:

Industry growth
However, it is the larger robots that are getting a big boost of late, with a series of innovative sensors promising far more granular “senses” for a range of macro-sized bots, which in turn will improve their usefulness enormously. The robotics market is certainly primed for growth, with the market US$103.1 billion in 2018, and reaching more than double at US$214.4 billion by 2021, according to the International Data Corporation, a market intelligence firm. Interestingly, much of that explosive growth is set to be driven by non-industrial robots, such as personal assistant robots, customer service robots, autonomous vehicles and unmanned aerial vehicles (UAVs).

Tactile skins
A vital requirement in many of these applications is sensing pressure, for a wide range of reasons, and here recent innovations in pressure sensors are likely to transform this sector. One South Korean team has taken an unusual approach, and is using light to measure pressure. The researchers built a photonic tunnel-junction array with microscopic tunnels embedded in polydimethylsiloxane, a common type of silicone. By measuring the flow of light, very small variations in applied pressure can be detected. The combination of silicone and light mitigates many of the traditional disadvantages of piezoresistive sensors, such as electromagnetic interference from power sources and nearby speakers, as well as susceptibility to corrosion. In addition, silicone is non-toxic and could be sized to suit the application – the researchers envisage the technology could be wrapped around robots to create a tactile “skin.”

Flexible sensors
Similarly useful sensory work has been unveiled by a team of engineers from the University of Delaware, who have created flexible carbon nanotube composite coatings on a wide range of fibres, including cotton, nylon and wool. As well as being extremely flexible, the coatings can also measure an incredibly wide range of pressure, from fingertip pressure through to industrial applications. The technique creates a nerve-like electrically conductive nanocomposite coating on fibre materials by electrophoretic deposition (EPD) of polyethyleneimine functionalized carbon nanotubes. Although a completely different technique to the silicone, the end result – a flexible pressure sensitive layer that can conform to almost any shape – has considerable utility in the robotics sphere.

Cobots
Of course, the market for more industrial robots is significant, especially as advances in both AI and automation are creating new possibilities by the day. Applications that are either highly repetitive or particularly arduous are particularly suited to robots, which is why many early robot applications were in assembly line work, and pick and place. Collaborative robots have opened this latter market up significantly, with flexible options such as Universal Robots’ system. The advantage of cobots is that they can often slot directly into production processes without costly changes, and their ability to enable direct interaction with a human within a defined collaborative workspace means that consistency can be improved in the process.

Automated mining
The mining industry has obvious interest in automation where possible, enabling as close to 24/7 operation as possible. Both Komatsu’s intelligent product line and Caterpillar’s Cat Minestar autonomous dumps are shipping now, and are a clear line in the sand, pointing the direction of travel. Both offer varying levels of full automation, from retrofitting existing operator-controlled equipment with GPS receivers and antenna, inclination sensors, inertial measurement units (IMU) and lidar systems, through to fully automated systems. As existing equipment is replaced the overall levels throughout the industry will continue to rise.

Service bots
Of course, as the robotics industry gathers momentum, new business models are guaranteed to emerge. One to keep an eye on is Robotics-as-a-Service (RaaS), which tackles the challenge of maintaining and integrating broad robot deployments with multiple industry-vertical databases. The benefits are considerable, minimizing upfront cost (the setup and operational expertise is part of the service), while economies of scale in upgrading skill sets also offer significant benefit to enterprises that do not want to manage their deployments entirely in-house. This is particularly attractive to startups that need support while scaling, as are cloud-based models.

Cloud robotics
Another model from the IT world – and increasingly the consumer world too – is cloud technology, which can be applied elegantly to the computation element of robotics. By using decentralized computing resources companies can not only cut costs, but also share and process information far more efficiently. By using AI and machine learning tools in the cloud, capacity and performance can be scaled according to requirements, maximizing effectiveness and also increasing peak capacity to levels unobtainable in even large enterprise systems.

Martin Keenan is the technical director at Avnet Abacus, which assists and informs design engineers in technological advances including developing applications of pressure sensors, to bring new products to life.