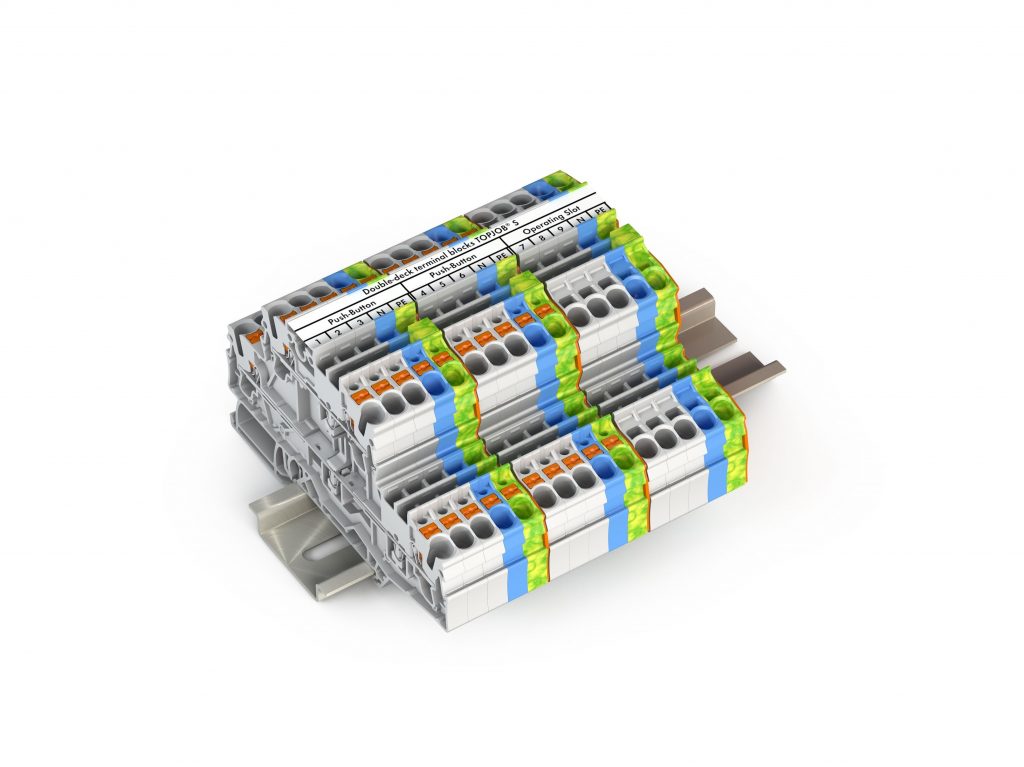 The TOPJOB S 2202 series has all the features of the original TOPJOB S series including built-in test points, endless marking, and push-in CAGE CLAMP technology. It also provides positive feedback during actuation and will never stick in the open position. Other benefits include a push-in of solid and ferruled conductors, simplified wiring applications, reduced cabinet space on the rail by 50 per cent, and shared accessories across the entire series of products.

Applications to consider for use of TOPJOB S new 2202 series include PLC wiring, power distribution, and applications with smaller enclosures.