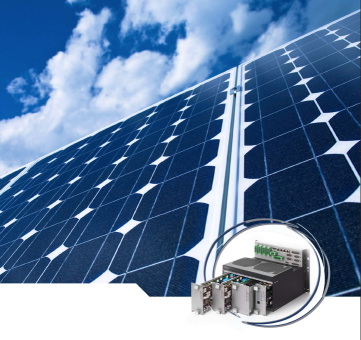 ACS Motion Control has developed a real-time networking technology that controls up to 32 fully-synchronized axes of motion. Based on the EtherCAT protocol, ACS’ MC4Unt system connects multiple MC4U units to integrate up to eight axes into single network nodes. The system is optimized for complex machine control and supports high density axes with superior performance, the company says. It also enables the most advanced servo algorithms, such as true gantry with decoupling of centre of gravity and yaw, Cartesian cross axis compensation, and adaptive multi-axis control, which often requires access to servo data of multiple axes instantaneously. The capabilities of the MC4Unt system can be expanded using the ACS SPiiPlus UDMnt single/dual axis network Universal Drive Module, the SPiiPlus PDMnt four axis network Pulse/Direction Interface Module and the SPiiPlus IOMnt Input Output Module for adding nodes of additional axes and I/Os.
www.acsmotioncontrol.com