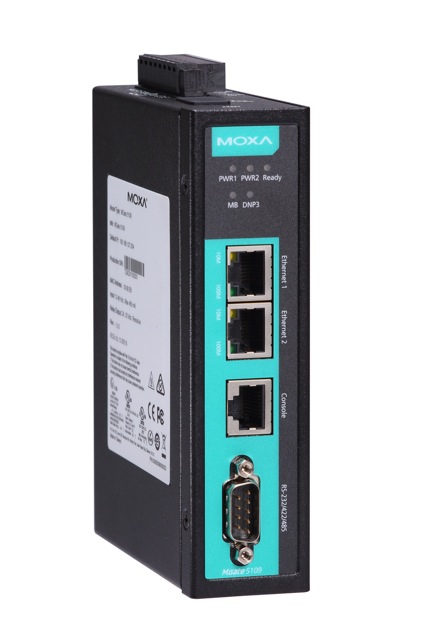 Oct. 28, 2016 – Manufacturers Automation has announced the launch of the MGate 5109, describing it as an industrial Ethernet gateway with an “all-in-one design that supports multiple combinations of Modbus RTU/ASCII/TCP to DNP3 serial/TCP/UDP conversions.”

According to the firm, the web console walks users through the entire setup process in a few steps, “giving engineers the convenience of only needing a computer equipped with an Ethernet port and web browser to handle configuration and setup.” It can also detect the points index for each binary input, binary output, counter, analog input, and analog output. Users can monitor the system status by using the diagnose function, which detects the communication status of the DNP3. As well, the diagnose function can detect the status of each of the points, including on/off and analog values. Additional features include embedded Modbus and DNP3 serial traffic monitoring, serial port with 2 kV built-in isolation protection, and built-in Ethernet cascading for easy wiring.