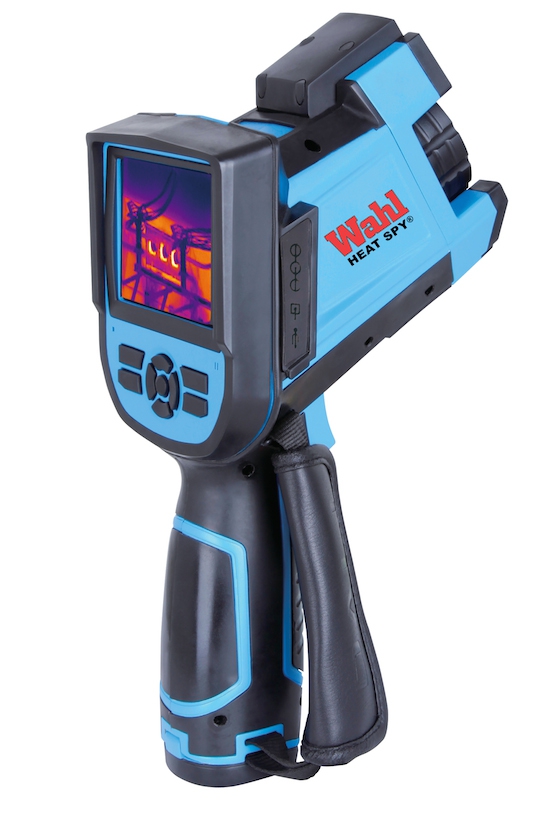 Jun. 8, 2015 – Wahl Instruments says its new ultra high sensitivity Wahl Heat Spy 170 thermal imaging camera can be used in an array of applications and is beneficial for facility managers, MRO employees, electricians and building inspectors in a variety of industries. The 170 series imagers now feature SpyLite thermal view to reveal only the temperatures above or below a set point, emphasizing only the temperatures of interest in the scene, says the company. Users can also select the the Picture-in-Picture setting to display all temperatures in the scene displayed thermally over the visible image to orient thermal view with visual landmarks. The thermal and visible video recording feature documents temperature surveys as video or image files in any of the four viewing modes– visible, thermal, SpyLite and Picture-in-Picture. Files are stored on the included 8GB Micro SD card. The series housing, according to Wahl, is impact resistant and designed to withstand a two-metre drop for dependability with daily use in rugged environments.