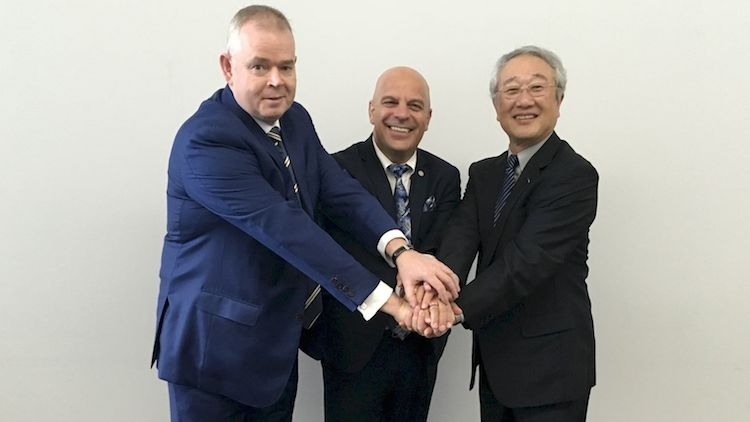 Dec. 6, 2017 – The executive board of the International Federation of Robotics (IFR) has elected Junji Tsuda of Yaskawa Electric Corp. as its new president.

Tsuda succeeds Joe Gemma of KUKA who is leaving the rotating post after his two-year term. Meanwhile, ABB’s Steven Wyatt has been appointed the new vice president.

The IFR describes Tsuda is one of the most senior experts in the robotics industry. He serves as the representative director chairman of the board of the Japanese robot manufacturer Yaskawa Electric Corp. Since the 1990s, Tsuda has headed various America-related business units and has been active in the parent company since 2003. Before being elected president of IFR, Tsuda assisted Gemma as vice president, a role he held for two years.

“The presidency of Joe Gemma followed the mission, to deliver a better understanding about what drives the rapidly changing world of robotics,” said Tsuda. “He did a great job by communicating with our many stakeholders around the globe. As its new President it is my pleasure to proceed with his work. Together with the new vice president, Steven Wyatt, I will carry his mission forward – for the International Federation of Robotics.”