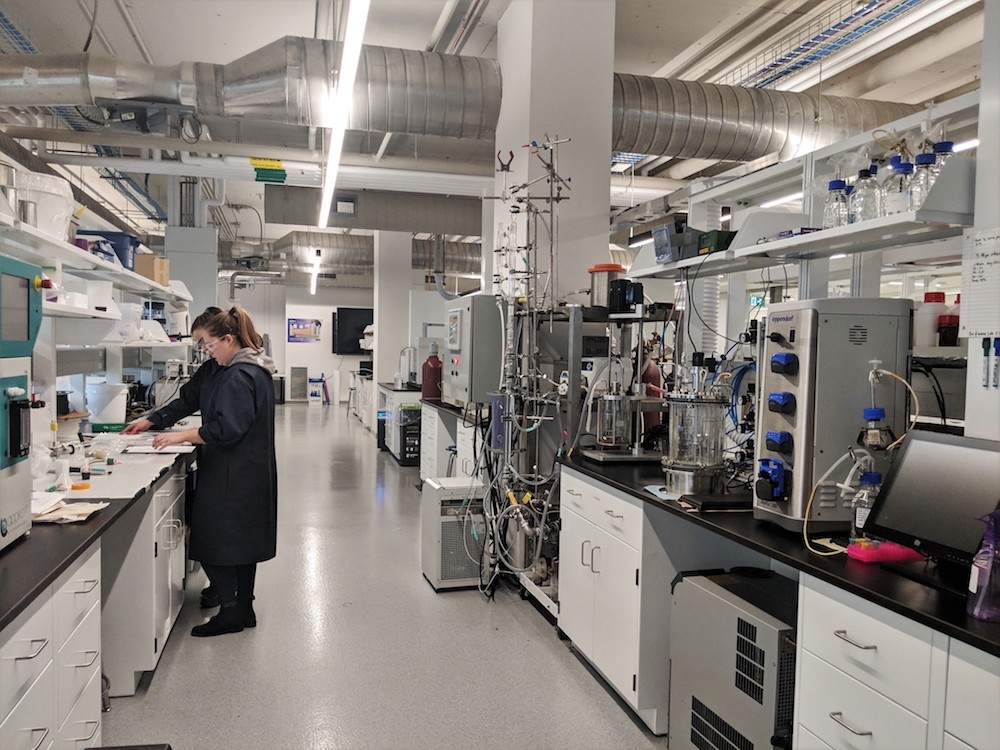 Consulting firm Research Infosource Inc. recently announced the school as the number one research college in the country based on research income in its annual list of Canada’s Top 50 Research Colleges.

Mehdi Sheikhzadeh, executive dean of applied research and innovation at Lambton College, says the decline of the petrochemical and agriculture industries over the last decade has resulted in the community seeking to attract a new economic cluster.

“The new cluster requires everything,” he says. “It requires R&D; it requires talented people; it requires investment. And the college has been key in building these new clusters, by providing trained people through the academy program that we have, and through applied research.”

Since its inception in 2007, Lambton College’s applied research department has received close to $36 million in funding from federal and provincial agencies, and helped to develop more than 60 new prototypes, 20 pilot plants and 300 new or improved processes and technologies.

Lambton College leverages partnerships with companies to attract funding for that research – which can be challenging for a medium-sized school, says Sheikhzadeh.

“When you are at a bigger college, you have access to more faculty, more researchers, more students. And at the same time, most of the bigger colleges are in bigger cities, meaning they have more access to bigger companies [for partnerships],” he says. “It’s a big achievement for a medium-sized college in a small town to be ranked number one.”

The school throws a lot of resources into building its partnerships. Lambton employs a business developer to talk to potential industry partners, maintains relationships with large industrial organizations, and sends staff to conferences and seminars to network. The National Research Council refers companies to the college, which frequently hosts symposia and research days.

“We also have aggressive marketing, outreach and knowledge dissemination,” Sheikhzadeh adds. “And we go beyond our region.”

One of those projects was for Origin Materials, a California company that chose to invest in the Sarnia area in mid-2017 after hearing about the talent and R&D opportunities offered by the college. The company wanted to test a plastic-type polymer that might eventually replace plastic water bottles, and established a $6-million oxidation pilot plant facility as part of the new Sarnia Lambton Biohybrid Chemistry Cluster.

Lambton College’s share of the project was about $1 million, to automate and optimize the pilot plant using the expertise of its staff and students. Sheikhzadeh says that Lambton’s programs in both traditional automation and informational technology practices help make a well-rounded team of students.

“We have programs in instrumentation control and we have lots of programs in information technology, from app development to data science to cybersecurity,” he says. “We use those resources to attract projects and we see that industrial automation is becoming a significant focus for the college.”

Robotics, AI, machine learning and data analytics are all becoming part of that focus going forward, Sheikhzadeh says. In another project, Lambton faculty and students developed a mobile device for industrial chemical applications, which scans equipment that needs maintenance to ensure proper disconnection, and then tracks all activities performed on the equipment thereafter. The devices “talk” to a plant’s automation control system, which required an AI/machine learning implementation. The hardware and software components draw upon expertise from multiple disciplines, says Sheikhzadeh.

“It’s a true collaboration between all departments.”