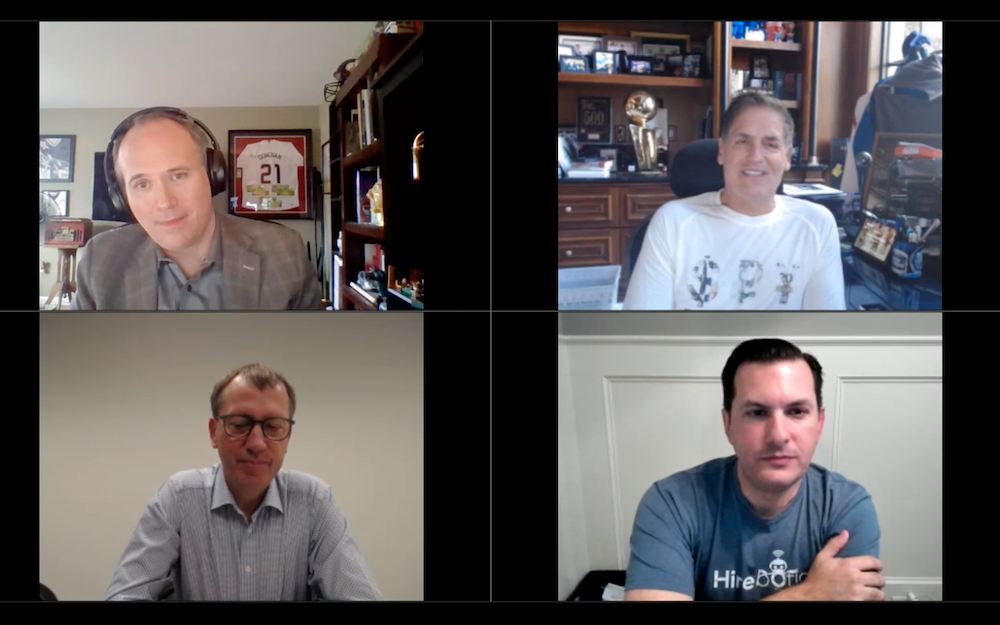 Collaborative robots that work alongside humans are poised not only to push manufacturers to reshore production, but also to drive more small businesses into cloud-based operations, said industry experts in a recent online event.

On Nov. 19, Mark Cuban, robotics investor and entrepreneur of Shark Tank fame, Enrico Krog Iversen, CEO of end-of-arm tooling company OnRobot, and Rob Goldiez, CEO of the robotics-as-a-service startup Hirebotics, participated in “Manufacturing: The Next Generation – Through Collaborative Automation,” a webinar hosted by the Association for Advancing Automation (A3) and moderated by Robert Huschka, A3’s director of education strategies.

The panelists explored how collaborative robots (cobots) – expected to account for 30 per cent of the total robot market by 2027, according to a 2019 report by Interact Analysis – are integral to strengthening North America’s position in the global marketplace and in establishing the continent as a manufacturing powerhouse.

Reshoring on the horizon

The COVID-19 pandemic has brought about changes in not only consumer behaviour, but in the manufacturing process as well, said Cuban. Demand has grown for certain products, direct-to-consumer delivery has skyrocketed and there has been a move in some regions for people to shop locally.

Manufacturers, meanwhile, are considering the benefits of regionalizing their supply chains after experiencing bottlenecking and shortages in spring 2020 – but they aren’t necessarily making the required changes to on-shore quite yet.

“A lot of companies will rethink their supply chain strategy and when they do that, they will spread the manufacturing out over more regions, more countries,” noted Iversen. He said that as this happens, companies will need to automate more production because they won’t have enough available workers to connect all of their operations together.

Cuban said he doesn’t see reshoring taking off right away, because companies are still in survival mode – even if their production has increased to meet demand. But as manufacturers implement more automation, this reshoring phenomenon will begin to happen naturally, leading to what Cuban calls “America 2.0,” a more self-sufficient era of domestic production.

Cuban said he encourages his companies to review their manufacturing processes on an annual basis to see where they might be able to produce domestically. “As the technology changes, those opportunities are going to increase,” he said. “In terms of America 2.0 and being competitive, we need to invest.”

That extends beyond companies, venture capitalists and other investors to government leaders, who Cuban said should see robotics as the most important infrastructure investments of the 21st century – both from a hardware and a software perspective. More investments would allow the U.S. to compete with countries such as Germany, Japan and China, who are currently among the global leaders in robotics.

Cuban noted that charging robot taxes, while controversial, is one way to help to shore up money, which could then be put back into these infrastructure investments.

The panelists said software that makes robots more easily programmable by operators who don’t have engineering backgrounds is crucial to help close the skills gap, because there is currently a shortage of workers who have the specialized knowledge to program a robot.

Easy-to-use software – a hallmark of collaborative robot technologies – also ensures that workers whose jobs are displaced by automation will be able to learn how to do the new jobs that the robot revolution will bring, such as in support, maintenance or sales.

Additionally, software that is what Cuban calls “platformable” – i.e., that which creates an overall ecosystem of products to improve company growth or productivity – “is critical to what we’re going to need to do to be a manufacturing powerhouse,” he said.

“Innovators who are able to push down costs and compete more cost effectively because of robotics – I think that’s going to be the key to progressing forward.” 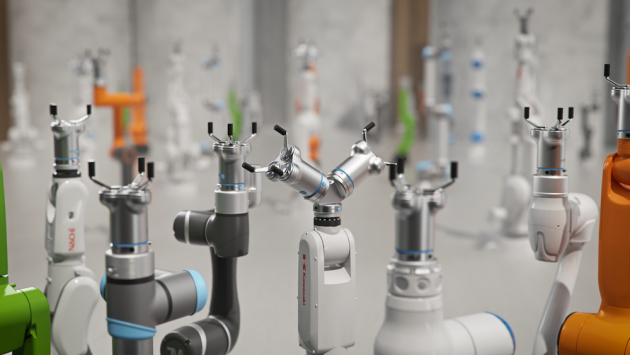 The value of cobots

There is currently a chasm between the large-scale producers that have the capital to purchase robotics and the small companies that don’t, Cuban said.

As collaborative technologies trickle down to the entrepreneurial level, he noted that small manufacturers will be able to use robotics technology to depend less on other countries for production. And new companies that use robotics right from inception will start to improve price competition – meaning that existing businesses will have no choice but to compete, Cuban said.

Education on what’s possible is the greatest barrier to pushing down robotics implementation past the large-scale producers, the panelists said. In the current market landscape, smaller companies tend to be less knowledgeable about the value created by robotics, and collaborative robots especially, said Iversen.

“Every manufacturer can benefit from automation,” said Goldiez. “The problem that we’ve seen in our own experience is that automation is still really hard.”

Cobots can be used throughout the plant to manage many tasks, including pick and place, machine tending, quality inspection, packaging and palletizing, industrial cleaning, material handling and logistics.

The pandemic has highlighted additional benefits afforded by cobots – workers can maintain social distancing within the production environment, and labour shortages can be solved by adding these robots to the floor.

Iversen estimated between 70 and 80 per cent of tasks currently in a factory can be automated by collaborative technology. “The question is, where can you not bring value?” he asked.

Cobots bring bigger gains in value creation over cycle time, Iversen said. As a result, he expects the two categories of “traditional” industrial robots – the kind often found behind safety guarding – and collaborative robots to disappear as manufacturers learn about the flexibility offered by cobots, especially when it comes to making customized products.

Hirebotics’ Rob Goldiez said that cobots have made automation more accessible to small businesses, and the robots-as-a-service (RaaS) option that his company and others provide means manufacturers can stay up to date with the latest technologies via robot rentals powered by the cloud, without having to make huge capital investments.

For example, Hirebotics – which currently markets a RaaS cobot welding solution called BotX – was able to help its customers throughout the pandemic because it already had a quick deployment methodology and a cloud-based platform in place.

“Every manufacturer can benefit from automation,” said Goldiez. “The problem that we’ve seen in our own experience is that automation is still really hard. Collaborative robots have unlocked automation.”

He likened the cobot trend to how the internet and mobile devices brought the power of computing to the mass population.

The RaaS model was interesting to Cuban – who was one of the investors in Hirebotics – because he frequently works with entrepreneurs who he thinks would benefit from the flexibility. “They know their costs are being squeezed so they are looking for better solutions,” he said.

Goldiez pointed out that while on the hunt for better solutions, some manufacturers make the mistake of jumping into automation too deeply and too quickly.

“Start simple. Start with the repetitive, the easy, the dull, the dirty, the dangerous,” he advised. “Go with the things your people are always complaining about doing, and don’t worry about if the collaborative robot is faster than the human or not. Put your people in a position where they can use their brain.”

As for the robotics and automation vendors who are marketing these solutions, Cuban had some helpful advice. End users need “simplicity and examples of success,” he said. “That visibility is going to change the game.”

The Manufacturing: The Next Generation – Through Collaborative Automation webinar will be rescreened during the OnRobot Expo, running December 2-3 online.

Related
Seven new advancements in robotics to watch in 2019
Bringing production back home: What it means for automation
Automate Forward: Picking the right automation partner
The rise of SME-friendly robotics
Tags