Pandemic shortages have amplified concerns about over-dependence on offshore providers, causing more manufacturers to consider bringing production back to North America. The trend is likely to drive more automation 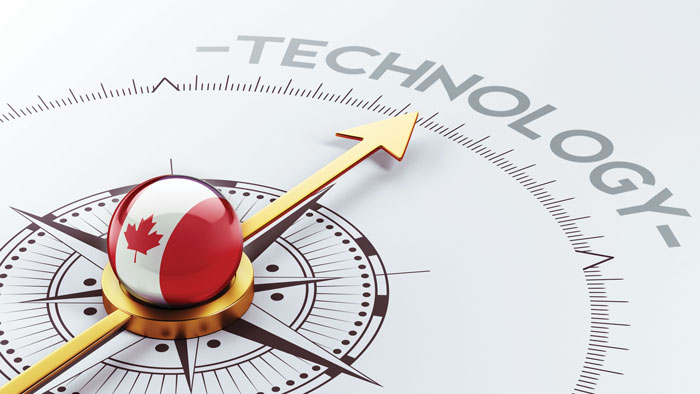 Perhaps one of the most far-reaching consequences of the COVID-19 pandemic will be that it has accelerated the conversation about the viability of the supply chains we depend on. In May, a McKinsey Global Institute survey of supply chain executives found that a stunning 92 per cent plan to take steps to make their supply chains more resilient.

“We estimate that 16 to 26 per cent of exports, worth $2.9 trillion to $4.6 trillion in 2018, could be in play – whether that involves reverting to domestic production, nearshoring, or new rounds of offshoring to new locations,” conclude the authors.

Offshoring, once seen as a panacea for North American manufacturers, is rapidly losing its lustre. “Compared with six months or a year ago, many more people have realized that supply chains are too long, too complicated, and too unreliable,” says Harry Moser, founder and president of the U.S.-based not for profit Reshoring Initiative.

Offshoring, once seen as a panacea for North American manufacturers, is rapidly losing its lustre.

Pandemic-related fears may be the tipping point amongst existing worries about tsunamis, hurricanes, political instability and potential trade wars.

“Business schools endlessly tell organizations that leadership is about running contingencies on risk factors for the future,” says Alan Middleton, executive director at the Schulich Education Centre, York University, “but we all get a bit lazy, and we don’t do it unless we’re forced to do it. So this is forcing us to go through all those risk factors.”

Mitigating offshoring’s inherent risks doesn’t come cheap. For example, companies that depend on offshoring often face long lead times, requiring them to maintain and manage large amounts of “just-in-case” inventory. The associated costs of that – financing, storage, transport, management, shrinkage – add up to some significant numbers that many managers are unaware of.

Moser has done the math and exposed a significant gap between the purchased cost of an offshored product and the real cost, which he calls Total Cost of Ownership (TCO).

The site includes a free online calculator for estimating the TCO of a given product. Users input information based on 30 factors, and the app computes a forecast of the TCO over five years. While Canadian statistics are not currently available, the numbers are useful for Canadian manufacturers, some of whom have worked with Moser.

“You can lose by not automating,” Moser says. “But you can’t win by automating alone, because everybody else is going to also automate as much as they need to.”

The site also includes, based on U.S. government data, a service to provide details on U.S. companies that are currently importing from overseas, and what they are spending. Canadian companies could benefit from the service to sell more product, Moser notes.

Large manufacturers are the least likely to bring back production now in their own factories offshore, Moser has found, particularly if they are also using that capacity to service local overseas markets.

“The enthusiasm also gets greater the further you go down the supply chain,” says Moser. “It’s the contract manufacturers – mold makers, foundries and machine shops – that will benefit the most from reshoring.”

While such companies don’t make headlines, they are a significant contributor to the economy. “The majority of employment is still with small, medium-sized companies,” says Middleton.

Many, however, have relied on a favourable currency exchange rate with the U.S., and have not been as innovative as they could be. “Canada has a great history of patents applied for, but not a great history on commercial application,” he says.

Automation is likely to play a significant role in reshoring efforts. The most obvious reason is the existing labour shortage. According to a 2019 report released by Canadian Manufacturers & Exporters (CME), 85 per cent of manufacturers are having difficulty filling vacant positions.

“Labour and skill shortages in the manufacturing sector are alarming. They are holding back the entire sector and, by extension, Canada’s economic growth,” says Dennis Darby, president and CEO of CME in a press release about the report.

The other factor is that the economic advantage enjoyed by countries like China and India is no longer just about cheap labour. “At the moment, the Chinese, the South Koreans, and the Germans are automating a lot faster than we are,” says Moser. “You can lose by not automating, but you can’t win by automating alone, because everybody else is going to also automate as much as they need to.”

Fortunately, many of the newer technologies have become accessible for smaller companies due to significantly lower costs, scalability and user-friendly operating environments that no longer require specialized personnel such as robotics engineers.

“Today, we’ve got case after case where line operators and production coordinators are doing all the robot programming and setup,” says Joe Campbell, senior manager of applications development for Universal Robots North America. “These smaller companies have never been able to deploy automation in any significant way in the past.”

The other key is having the flexibility that smaller manufacturers need. Campbell says many of his customers deploy collaborative robots on carts and move them around to various processes where they might take on the repetitive tasks such as loading and unloading a machine tool. Because they operate side-by-side with workers, they can be quickly integrated into a new work process.

The manufacture of automotive electronic modules is one area where Campbell is seeing a lot of activity. “Quite a lot of what we do is load and unload testers,” says Campbell. “We’re not populating the board with chips and components, but we’re doing the material handling.”

A typical business case for acquiring robots, Campbell says, is to charge a higher selling price based on quick delivery.

According to Middleton, the reshoring question needs to be pursued with a long-term view. “It’s not just now,” says Middleton, “but it’s getting people to really look at the path of technology. So you’re not just looking at what’s the labour factor now relative to what the technology factor is, but at the realistic impact on design, development and manufacture.”

Canadian companies typically don’t have the clout or access to capital of U.S. companies, Middleton says, but still have some significant strengths that can be leveraged.

“We have good talent and a number of good companies in areas such as IT, artificial intelligence and robotics,” he says, “so where the story can be positive is on technology and material support to traditional areas such as mining and agriculture. They have technology needs and equipment needs as well, so why can’t there be massive improvements in where they get their equipment from?”

This article originally appeared in the November/December 2020 issue of Manufacturing AUTOMATION.

Related
Retool and recover: COVID-19 crisis urges Toronto Stamp to automate
Are cobots the future of manufacturing production?
Philips automates its grinding process with razor-sharp precision
Is it time to re-shore?
Tags