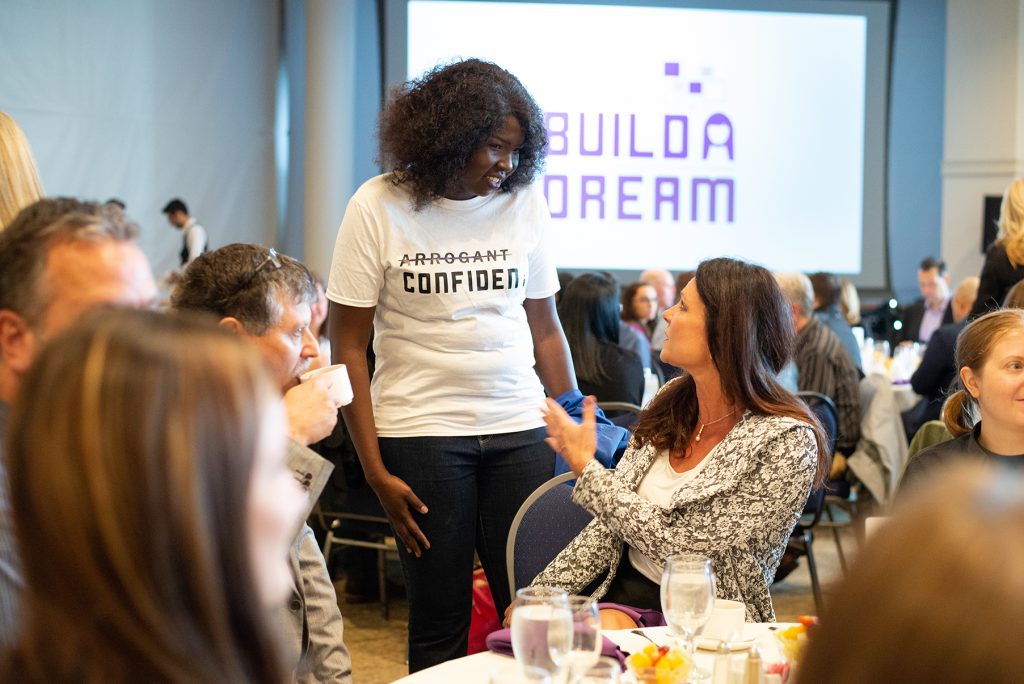 A Build a Dream event. The organization is expanding to Calgary in its first foray outside Ontario. Photo: Build a Dream

Build a Dream, the organization that promotes careers in the skilled trades and STEM to female high school students, is expanding to Calgary.

The Calgary Career Discovery Expo, presented by sponsor Canadian Apprenticeship Forum (CAF-FCA), will be held May 26 during the closing session of the 2020 National Apprenticeship Conference.

This marks the first time the Windsor, Ontario-based Build a Dream is holding a career information event outside of Ontario. The expos bring together high school girls and their parents with women working in traditionally male-dominated industries such as the skilled trades, STEM, entrepreneurship and emergency response.

“CAF-FCA is extremely proud to support Build a Dream Calgary as a unique opportunity to advance participation, retention, and success of young women in skilled trades careers,” says France Daviault, executive director of the CAF-FCA.

“The Canadian Apprenticeship Forum has a long history of encouraging and supporting youth and women in trades, including our biennial Supporting Women in Trades Conference. With the increasing demand for skilled trades workers across the country, CAF-FCA is committed to building an inclusive workforce and removing barriers for all women who want to enter the trades, careers where they are traditionally underrepresented.”

Build a Dream, which recently received $728,000 in funding from the federal government to expand its mandate, is a Canadian Apprenticeship Forum member and partner on CAF-FCA research projects and outreach activities. Build a Dream’s president, Nour Hachem-Fawaz, is a member of CAF-FCA’s task force working on the development of a National Strategy for Women in Trades.

“Build a Dream has always made it a priority to work with organizations with similar goals. It is only by working together that we will be able to see a shift in the participation of women in under-represented fields like skilled trades,” says Hachem-Fawaz. “Being part of CAF-FCA, and having them host Build a Dream Calgary is a natural fit for enhancing how we expose young women to promising careers.”