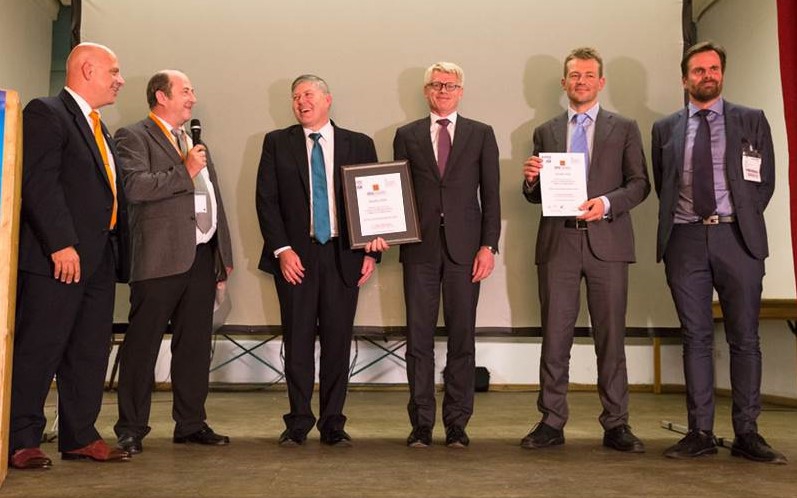 Jul. 4, 2016 – Congratulations to YuMi, ABB Robotics’ collaborative dual-arm robot, for winning the 12th Invention and Entrepreneurship in Robotics Award (IERA) at the International Symposium of Robotics.

The award ceremony took place June 21 at the 47th International Symposium on Robotics in Munich, Germany, a joint forum by The International Federation of Robotics (IFR) and the Robotics and Automation Society of the International Association of Engineers (IEEE-RAS).

“All three finalists have presented us with pioneering robotics solutions,” said Joe Gemma, IFR president. “Our competition shows that a new era of automation has already dawned in which humans and robots work hand in hand.”

Last December, Sheridan College’s Centre for Advanced Manufacturing and Design Technologies (CAMDT) became the first facility in Canada to acquire the YuMi robot, where it will be integrated into Sheridan’s Engineering curriculum as a “game-changing new tool” to teach students, industry and community SME partners about human-robot interaction.