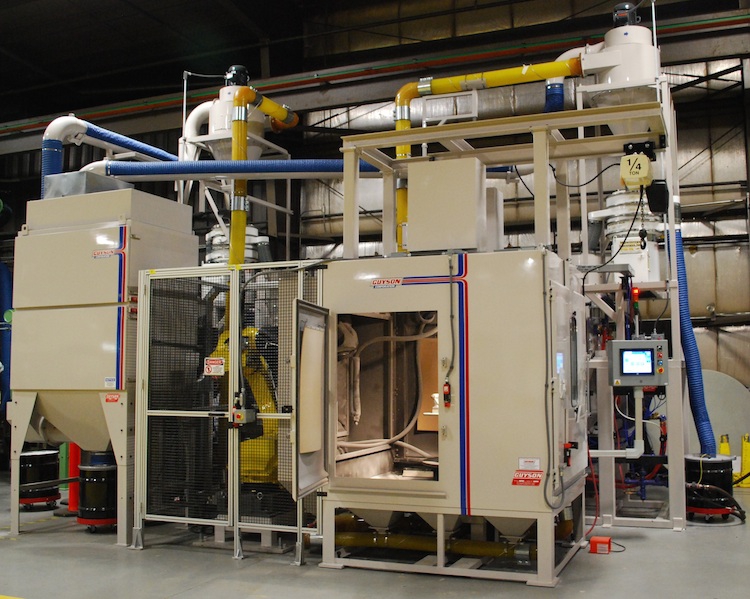 Oct. 5, 2015 – Guyson says it has designed and built a robotic blast system with an extended lance nozzle for precision grit blasting and surface preparation of the inside diameters of industrial gas turbine components in manufacturing and repair operations.

A Fanuc M-710iC robot is integrated into the blast system as the lance manipulator in an expanded process chamber with a servomotor-driven rotary table that is controlled as an auxiliary axis of robotic motion. The blasting enclosure is fabricated with an added rear vestibule to allow room for full movement of the pressure-blast lance as the robot follows the tool path required for coverage of complex-shaped internal surfaces, notes Guyson. The custom blast machine is designed with an enhanced media reclamation and delivery system for two different grit sizes, including a separate cyclone separator, classifier and pressure pot for each. The changeover from one grit size to the other is accomplished in less than 5 minutes, and the status of all valves and elements of the media delivery system is automatically detected and displayed on the touchscreen HMI, says the company.