How will current applications for autonomous mobile robots transition to use in plants of the future? 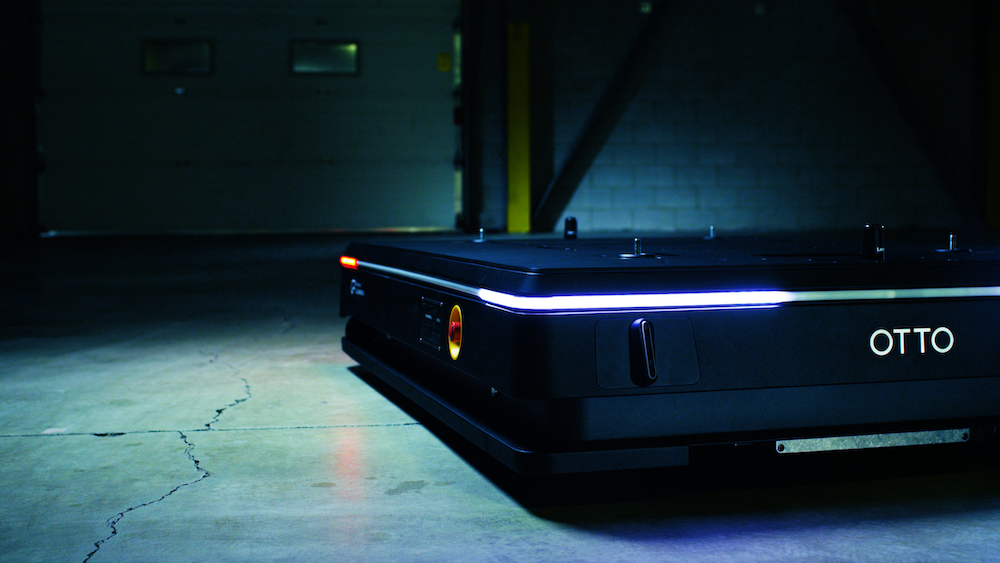 In adding any process automation, it’s expected that the automation will add value. Boosted efficiency, higher throughput, better safety – these are all possibilities that automation can provide, and autonomous mobile robots (AMR) offer these benefits and more.

“We’ve gone from self-driving vehicles that moved from A to B and back again using simple sensor systems, to AMR systems with adaptive intelligence, that ‘understand’ where they need to go and determine the best way to get there in light of real-time information,” explains Rick Baker, chief revenue officer at OTTO Motors. “They can adapt to the immediate environment and their capabilities grow every day.”

Although AMRs came into use about five years ago and have mostly been implemented in warehouses, they are increasingly found on the plant floor.

A Canadian case example is Toronto-based Sunview Patio Doors (featured in Manufacturing AUTOMATION in June 2020). The firm replaced a traditional tow motor at the end of its first production line with an AMR from OTTO to achieve better traffic management and improved safety.

Once a door comes off the line, an operator sends a signal and OTTO brings the next empty pallet. The operator then loads the pallet, and OTTO delivers it to the warehouse and remains there until called back. Sunview reached ROI in about 16 months and plans to replace its entire tow motor fleet with AMRs.

This type of “cobot” (a collaborative robot or computer-controlled robotic device that assists a person) scenario is what Craig Resnick views as the main current use of AMRs. “Cobot workflows are becoming the new normal,” says Resnick, who is vice-president, consulting at ARC Advisory Group.

“And today’s AMRs can move faster than before because they have better sensors and their software is more powerful in terms of responding to novel situations. Machine learning also means that all the AMRs learn together, from thousands of scenarios they might encounter over time in a given plant.”

Indeed, Baker reports that most of his firm’s customers begin with cobot scenarios, and “the possibilities are growing in terms of ways to ensure efficient and continuous throughput. It’s the communication layer, the information flowing into the system and the software automatically making decisions that is enabling AMRs to more effectively adapt to the context.

“Today’s AMRs can move faster than before because they have better sensors and their software is more powerful in terms of responding to novel situations,” says Resnick.

“Right now, we’re working with an integrator on a system where the system detects if a supply truck has arrived and what’s in it, and sends AMRs to assist with unloading to the right place and ensuring the parts are inserted into the manufacturing process for continuous throughput. You have automation interacting with humans, with automation, with humans, so that a rhythm is created.”

AMRs and other robots, he notes, are about protecting and getting the most benefit from human workers, who are a company’s most valuable asset. “Manufacturers are always behind with recruitment and AMRs and other forms of automation allow them to fill that gap, to reposition humans and improve the use of their workforces,” Baker explains.

“Most companies are now taking a hybrid approach, and ceasing to see humans as separate but instead examining how they and robots can be best integrated. On a safety note – of the million of kilometres that robots have travelled in plants and warehouses at this point, the number of safety incidents is minimal, and the safety of other processes is increased with robots as well.”

According to Andy Battler, director of the autonomous guided vehicles division at automation integrator JMP Solutions, there are two primary issues with integrating AMRs.

One is the navigational environment. He notes that AMRs require aisles that are roughly an average of 3.6 metres (12 feet) across in order to cross paths while each carrying a metre-wide (42-inch) load.

“A lot of applications that we encounter have aisle width limitations that prevent this from happening,” he says. “One selling feature of AMRs is that they can navigate around blockages. This only works if there is space.”

“Most companies are now taking a hybrid approach, and ceasing to see humans as separate but instead examining how they and robots can be best integrated,” says Baker.

In addition, because AMRs find their position in the environment by locating fixed objects, today’s models can struggle if an environment is constantly changing. “Also, AMRs do not like cold or wet,” says Battler. “If there is a chance a wheel can slip, end-users will struggle with the technology.”

Another integration consideration is the fact that AMRs are not like traditional automation systems. “We find that users expect to teach it like a six-axis robot, which is not what was intended,” Battler says.

“Fleet management software is built to provide the ideal path between two points. Also, the way in which a mission is triggered, or how data is fed back can be a challenge. AMRs are not like PLCs that are built to make decisions and talk to other automation equipment.”

Battler explains that fleet management software has very little logic control capability, or none at all, so if AMR missions are meant to be initiated by a condition, another system will be required.

“Either a PLC or some SCADA systems can be used, but then how the systems connect and talk needs to be considered,” he says. “AMRs are not a traditional automation technology so most do not sit on a network and exchange data over traditional protocols.”

Resnick adds that to get the most benefit from an AMR, their performance and productivity must be monitored by a human with the proper training. The required IT infrastructure must also be in place, but he notes great strides have been made with this – and with remote training – since the pandemic began.

Baker agrees. “The pandemic taught us how to help customers self-deploy and we’ve done a lot to develop virtual deployment. We’ve learned how easy it can be.”

Overall, as with any new technology, it’s advisable that companies adopt AMRs as they fit within the over-arching strategy of process automation, developed with experts through a road-mapping process.

In the near future, it’s expected that AMR speed, autonomy capability and their potential to provide more manufacturing process flexibility will grow.

“Think about automatic guided tables that are used instead of traditional conveyors, for example,” says Resnick. Baker also points to automated reallocation as a coming development. That is, without human instruction, the system will move the AMR to another task or area of the plant automatically, and if needed, the AMR will swap its attachment/tool for another on the way.

“Also, if you think about all these AMRs with all these cameras and sensors – so much information is being gathered,” Baker says. “Our most sophisticated customers have full-time data scientists analyzing data to result in better decisions. We need to use all the data we can, and that way, we can ensure throughput is consistent and massive.”