Features
No interruptions here: The power of keeping manufacturing productive 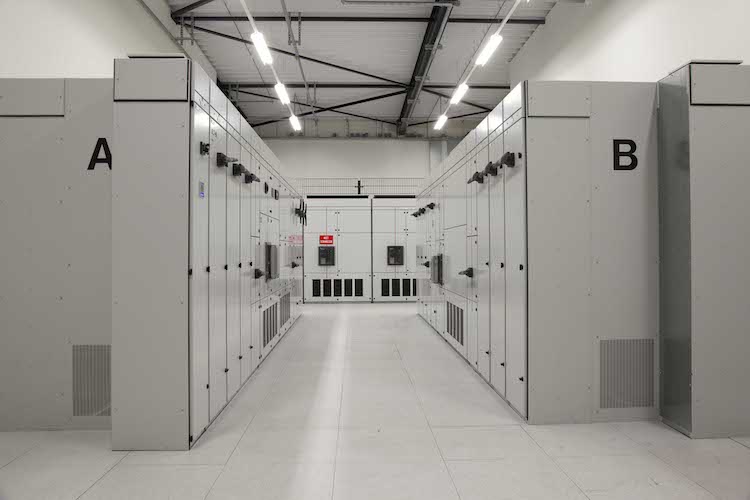 In order to ensure this productivity, these manufacturing plants need a constant feed of electricity — which can be a big appetite to feed. It is estimated that industrial operations consume about one half of all electricity generated worldwide, largely due to the massive, and constantly moving, mechanical operations such as industrial motors, pumps and production equipment.

When the power goes out, productivity suffers. Industry analysts estimate that downtime costs factories at least 5 per cent of their productive capacity, with some factories losing as much as 20 per cent of their productivity. Oracle Corporation has also underscored this fact by estimating that equipment downtime can cost large businesses an average of $100,000 or more per hour.

However, the power does not have to completely go out to wreak havoc on manufacturing plants. Fluctuations take all types of forms such as surges, brownouts and even overages. Consider this: a single voltage dip lasting only 100 milliseconds can have the same effect on an industrial process as a power outage lasting several minutes or more. Given the facts and figures, there is no doubt that power is one of the most critical concerns for the manufacturing sector.

The power of positive action
Although the aforementioned facts and figures paint a dim scenario for power outages, advances in power management technology have greatly enhanced the ability for manufacturing plants to continue operations in the event of a power issue.

To help ensure uninterrupted power, many manufacturing plants are now seeking a more efficient method to ensure operations continue in the event of a power interruption. Facility operators now realize that generators take time to get power to the critical equipment and this means interruptions in manufacturing process will prevail. And while smaller static uninterruptible power supply (UPS) systems have been implemented to support small, non-motor production loads, many facilities are starting to look toward rotary UPS technology to help prevent the specter of downtime and fully support entire portions of the production chain.

Understanding a UPS system’s value-add
UPS systems offer the best value-add for any manufacturing organization, because they fulfill the critical need for 24/7 electricity supply. The traditional option manufacturing organizations are moving away from is the high price tag of static-based battery systems that continually consume capital expenditures (CAPEX) funds with their continued maintenance and regularly required system updates.

In addition, plant managers look at every square inch of the floor space to find opportunities to maximize productivity. A significant amount of productivity space is typically consumed by hundreds of square feet of behemoth batteries. For instance, an estimated five minutes of battery of 400kW translate into nearly 200 sq. ft. of floor space. This is a significant amount of real estate that could be allocated towards revenue-producing manufacturing, but pillars of static power are consuming it.

Not only are these docile giants squatting on needed real estate; their lifespan is a short one. The typical lifespan of batteries in these static UPS systems is no more than five years. This translates into multiple removals, replacements and maintenance cycles — all of which cause a further drain on the plant’s checkbook.

A better choice to static battery behemoths
A new portfolio of power options for the manufacturing sector can be found within a next-generation, diesel rotary-based system (DRUPS), which is an environmentally-friendly alternative to static battery UPS. Here’s why:

• They integrate the traditional backup components into a single system. When utility power is lost, the system retrieves kinetic energy from its induction coupling to support the critical load until the diesel engine takes over.
• This next-generation option lasts approximately 30 years, saving any manufacturing plant considerable cost compared to the five-year replacement option of traditional UPS systems.
• With no toxic battery chemicals to dispose of, DRUPS system is far more environmentally friendly.
• A DRUPS system produces clean voltage, which also carries the distinct advantage of being more reliable.

What’s nice about this option is that DRUPS systems replace all of the battery-backed static UPS equipment required to support critical IT loads, and the standby diesel generating equipment required for continuous power supply. By combining these two functions within a single, compact concept, DRUPS system provides tangible environmental benefits.

This latest advancement in technology also uses a power backup that is three per cent more efficient than typical UPS systems. While this may not seem like much, for a manufacturing plant operating 24 hours at anywhere from 7 to 11.5 cents per kilowatt-hour, this could mean millions of dollars of savings over the life cycle of a DRUPS unit.

As well, these systems are far greener than their predecessors because they do not use standby batteries for energy storage. A DRUPS system does not require components with significant environmentally damaging chemicals such as lead acid, nickel and cadmium.

A long-term solution
As stated at the beginning of this article, manufacturing plants are always concerned with efficiency and production. These new rotary UPS systems achieve efficiency levels up to 97 per cent. Compare this to the overall efficiency level of static UPS systems using advanced, expensive IGBT inverters, move reach around 94 per cent at best.

In conclusion, as manufacturers look to reduce unwanted and unnecessary capital costs, they will continue to pursue next-generation technology in more efficient means to ensure productivity levels. The ROI for a DRUPS system is a much better option than the traditional UPS solution. This can actually be proven by determining the cost of a power outage to the entire manufacturing facility and dividing it by the total kilowatt load needed to be protected. If an outage costs the operation $200 per kilowatt load, an upgrade to a rotary system would pay for itself in just a matter of five power outages. As manufacturers begin to understand and evaluate these facts, it’s clear that selecting next-generation technology will improve productivity and decrease expenses.

William Cisler is vice-president, U.S.A. Engineering for Hitec Power Protection, a global technology company of UPS systems for the supply of uninterruptible, continuous and conditioned power to mission critical applications. John Roeslein is president of Robotic Systems & Automation (RSA). He has 35 years of experience in global manufacturing automation, working with large system integrators and the implementation of operational cost reductions in manufacturing facilities worldwide.

This feature was originally published in the November/December 2015 issue of Manufacturing AUTOMATION.